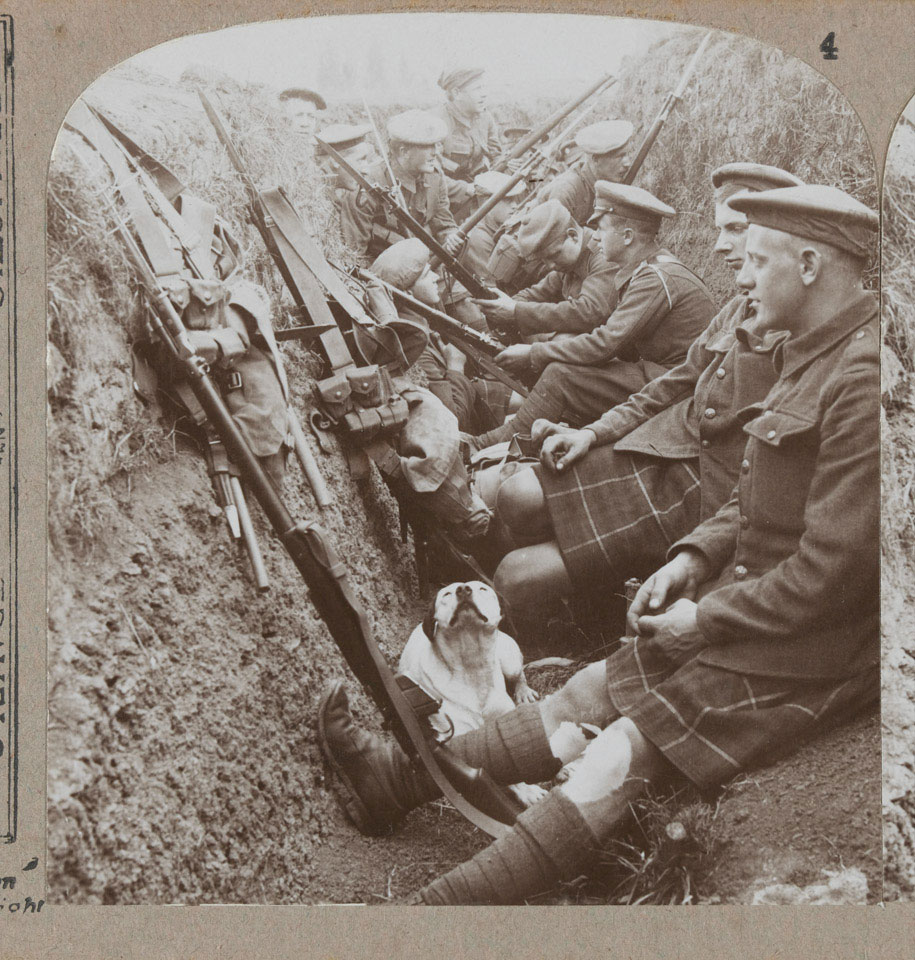 'A Bosche sniper worries a Section of Seaforths who are snatching a moment's respite', 1915 (c)

Snipers were a constant menace to soldiers in the front line. The average number of daily British casualties throughout the war, outside the periods of offensive operations, was almost 500 per day. Most of these were attributable to shellfire and sniping.

From a collection of 101 stereoscopic photographs in box one of two entitled 'The Great War' including the official series.