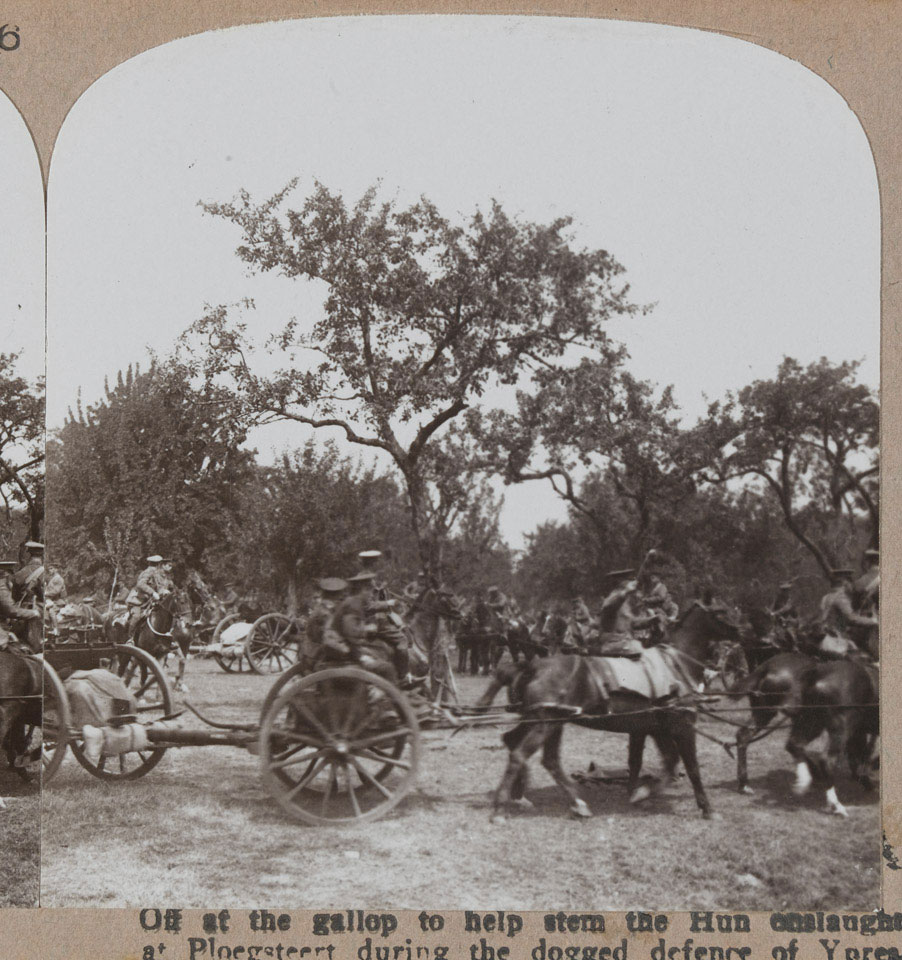 'Off at the gallop to help stem the Hun onslaught at Ploegsteert during the dogged defence of Ypres', 1915

In April 1915 the Germans attempted to capture the Ypres Salient. Hoping to break the stalemate with the latest scientific weapons, they used poisonous gas for the first time. The release of chlorine gas opened a seven kilometre (four mile) wide hole in the Allied line. The effect of the gas was devastating and stunned Allied troops fled in panic towards Ypres. Over 10,000 men were gassed. Around half of them died that day. Not really believing that the gas could lead to a breakthrough, the German High Command had not thought it necessary to bring up reserves to exploit the gap created by the gas cloud and the infantry units that had followed it.