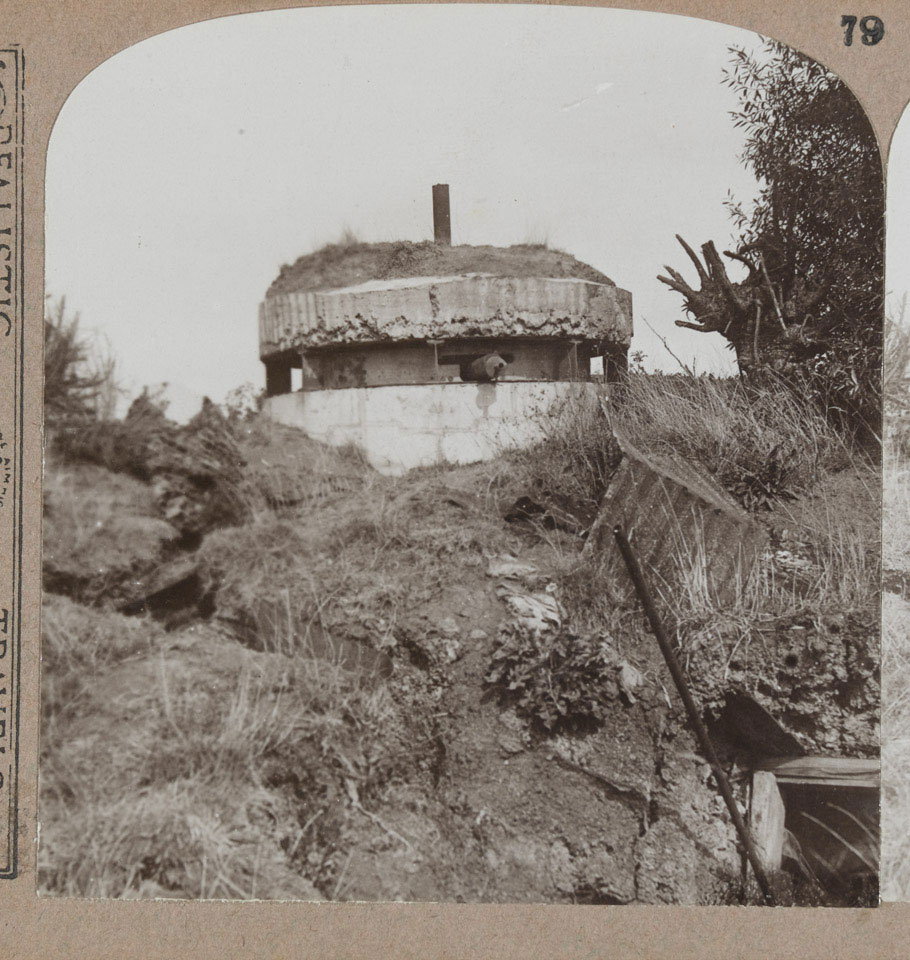 'Formidable Hun pill-box at Bullecourt, the Battle of Arras', 1917

Between February and April 1917 the German forces on the Western Front pulled back to the Hindenburg Line, a defensive position that shortened their front by 80 kilometres (50 miles). Deep belts of wire and concrete pillboxes made the line a formidable barrier but this did not prevent the Allies from renewing their assaults. The British went on the offensive at Arras between 9 April and 16 May. After a huge artillery bombardment, elements of the First, Third and Fifth armies advanced up to eight kilometres (five miles) before the assault was halted.

Casualties surpassed 150,000 for the British and Canadians and 100,000 for the Germans. Once again there had been no breakthrough, even though the Canadian Corps gained some success in taking Vimy Ridge, a key feature that dominated the surrounding area.

From a collection of 101 stereoscopic photographs entitled 'The Great War' including the official series.