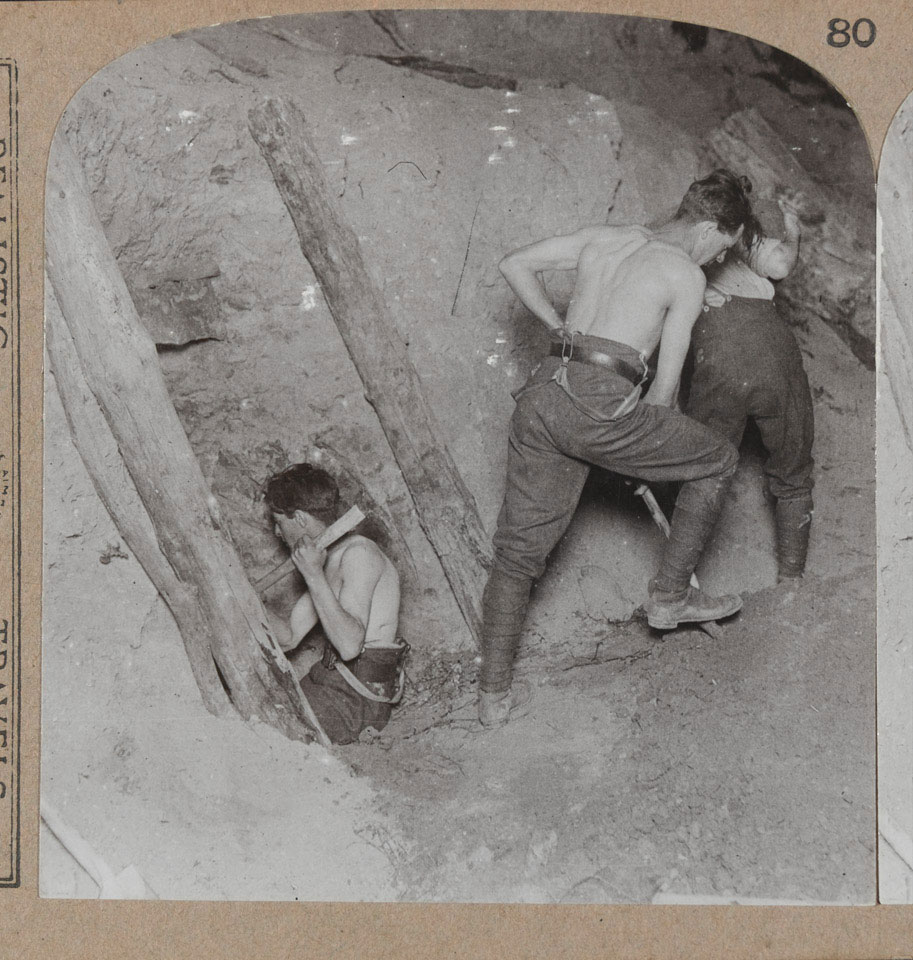 'R.E.'s mine and counter-mine Messines Ridge which dominated Ypres blown up and stormed, June 7th', 1917

Tunneling and mining operations were used to attack enemy positions by digging underneath them and then destroying them with explosive mines. Much of the excavation work was done by special Royal Engineers units formed from Welsh and Durham miners. Sometimes miners would meet and fight German tunnellers underground as their tunnels intercepted enemy works.