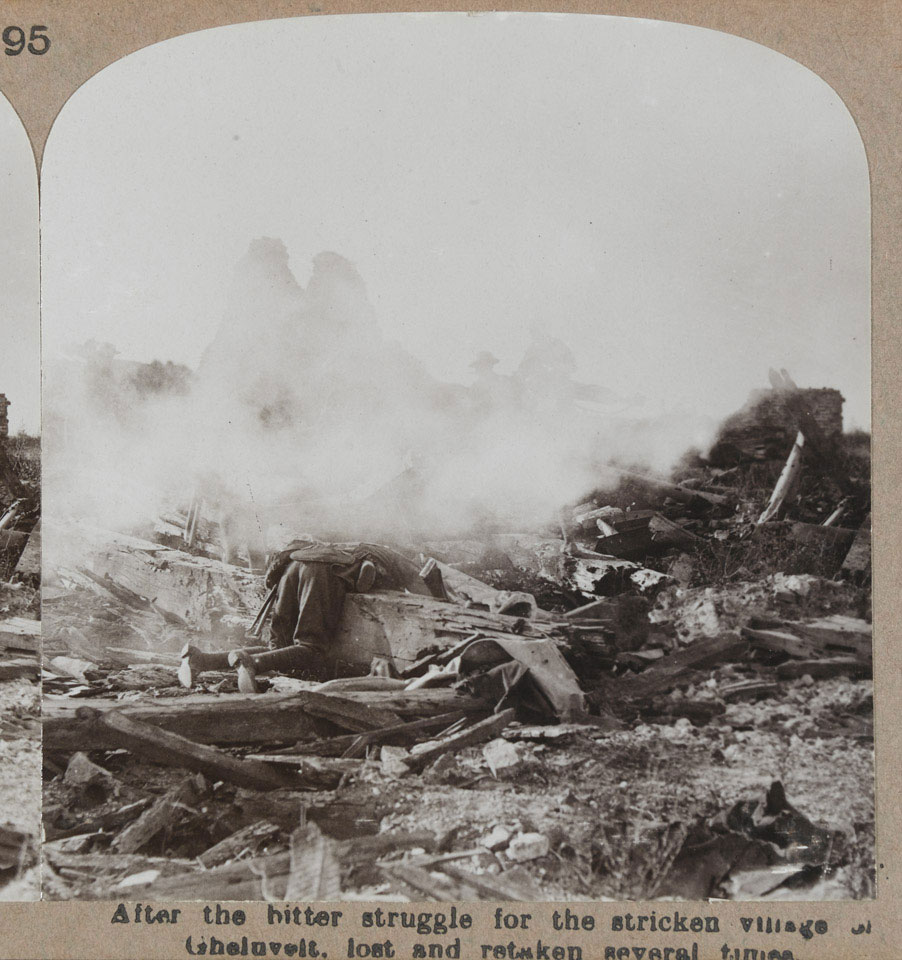 'After the bitter struggle for the stricken village of Gheluvelt, lost and retaken several times', 1914

The Battle of Gheluvelt (29-31 October 1914) was a key engagement during the German attempt to break through the Allied lines at Ypres and reach the Channel ports. The fighting swung in favour of one side then the other but eventually it seemed as though the Germans had secured Gheluvelt and opened a gap in the British lines. Disaster was only averted by a daring counter-attack by 2nd Battalion The Worcestershire Regiment that stabilised the fractured line.

From a collection of one 101 stereoscopic photographs in box one of two entitled 'The Great War' including the official series.