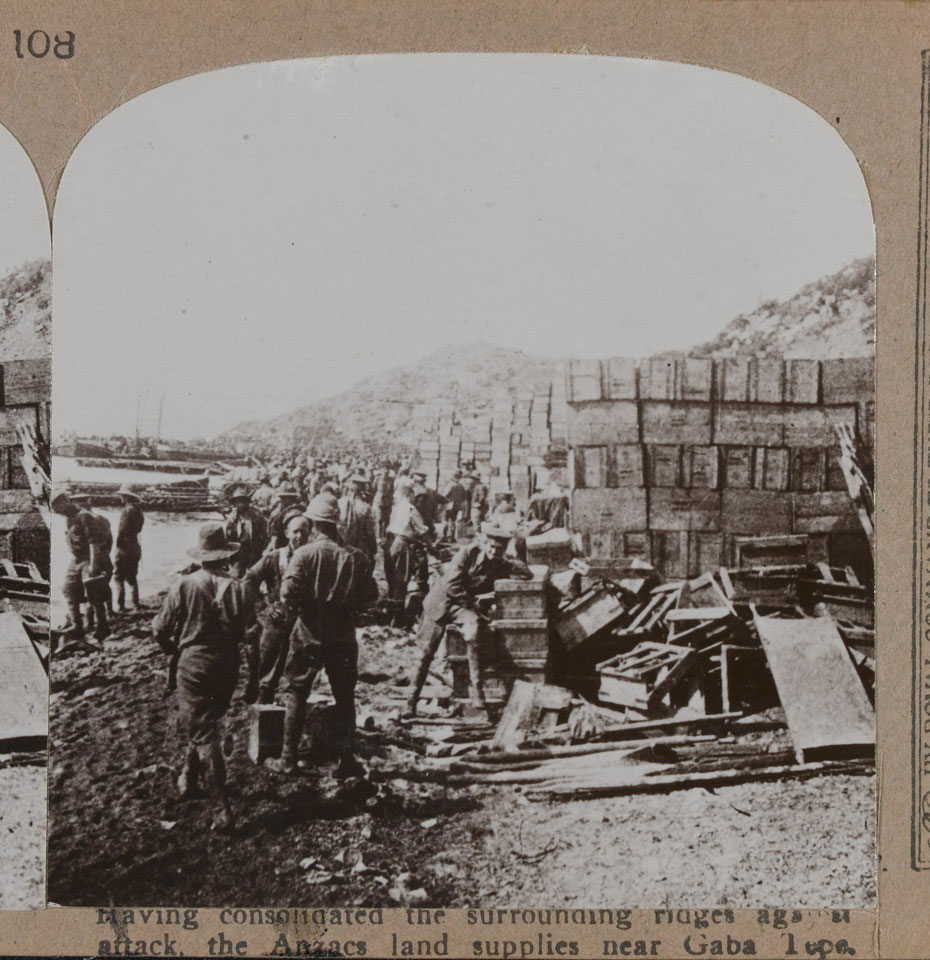 'Having consolidated the surrounding ridges against attack, the Anzacs land supplies near Gaba Tepe', 1915

On 25 April 1915 soldiers of the Australian and New Zealand Army Corps (ANZAC) landed at Gaba Tepe on the Gallipoli peninsula in Turkey. The small cove in which they landed soon became known as Anzac Cove. This photograph shows supplies and ammunition stockpiled on the beach. Gallipoli was the first major military action fought by Australian and New Zealand forces during the war.