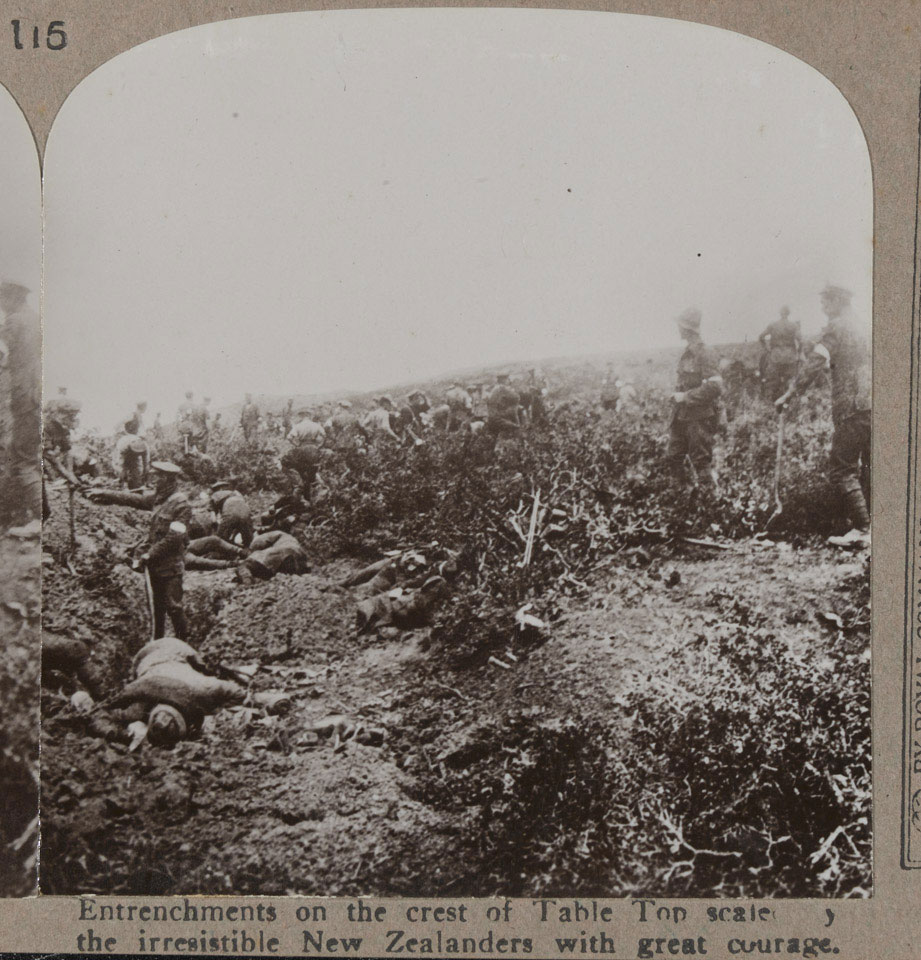 'Entrenchments on the crest of Table Top scaled by the irresistible New Zealanders with great courage', 1915

'Table Top' was the name given to a flat-topped hill situated just over one kilometre inland from the sea at Anzac Cove. It was to the south of Chailak Dere and at the foot of Rhododendron Spur. The position was not captured until 6 August 1915 when the Wellington Mounted Rifles Regiment occupied it during the Battle of Chunuk Bair.