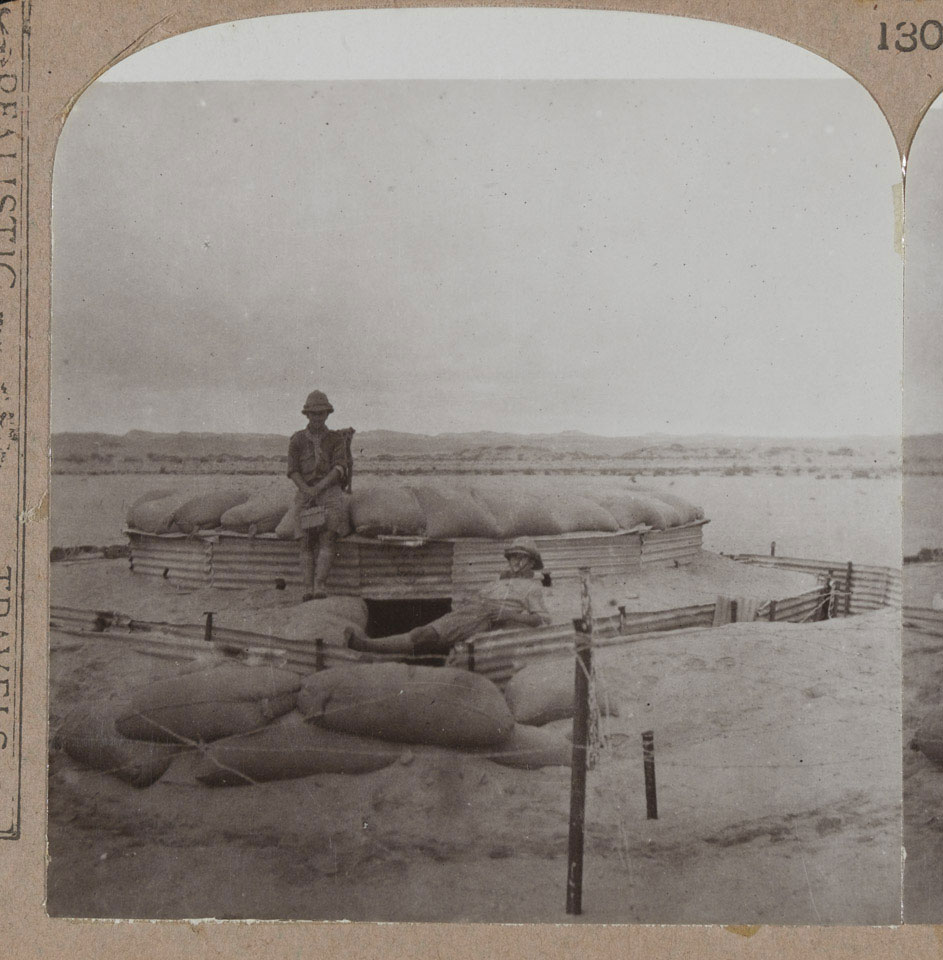 'A unique sand block-house, the only means of fortification in the deserts of South-West Africa', 1915

South African troops had been mobilised along the border of German South-West Africa (now Namibia) in August 1914 and the port of Lüderitz had been occupied, but the Boer Revolt delayed further operations apart from skirmishes along the frontier. In March 1915, over 60,000 South Africans, moving in four columns, finally began the occupation of German territory.