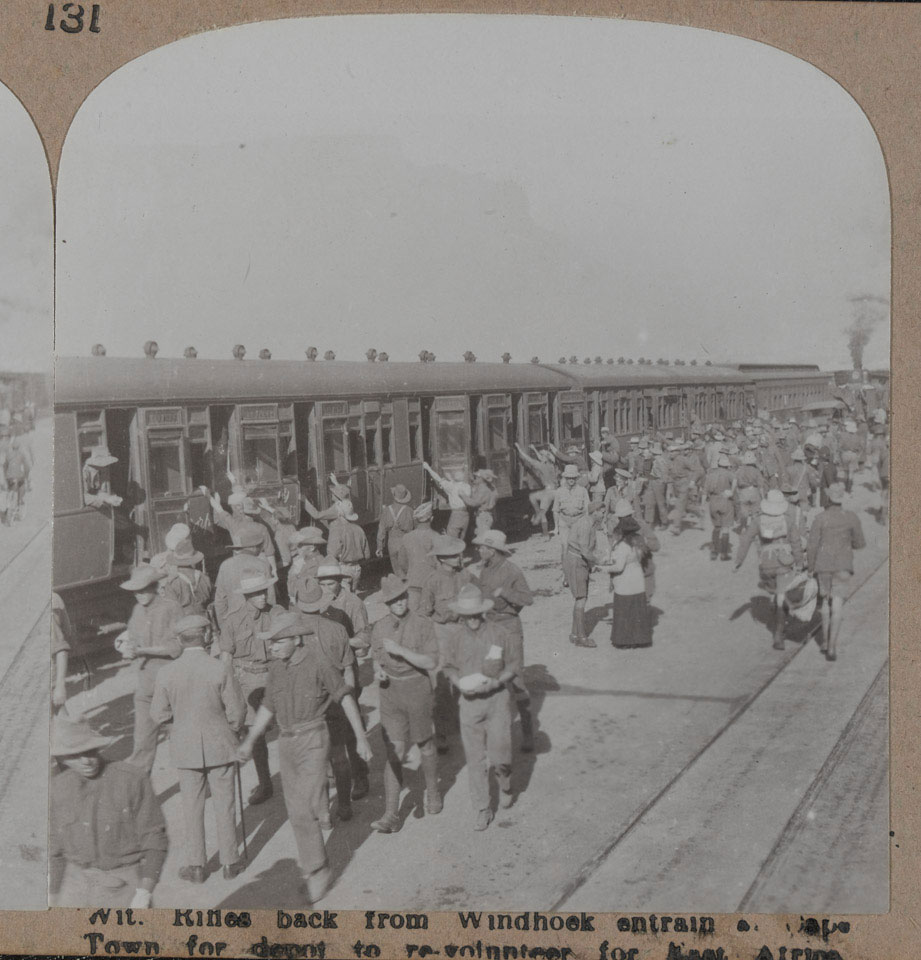 'Rifles back from Windhoek entrain at Cape Town for depot to re-volunteer for East Africa', 1915

South African troops, including the 1st Mounted Rifles (1st Natal Carbineers) shown here, had been mobilised along the border of German South-West Africa (Namibia) in August 1914 and the port of Lüderitz had been occupied, but the Boer Revolt delayed further operations apart from skirmishes along the frontier. In March 1915, over 60,000 South Africans, moving in four columns, finally began the occupation of German territory.

General Louis Botha commanded the force that occupied Walvis Bay and Swakopmund in the north and encountered some strong resistance, as well as being delayed by mines and water shortages caused by poisoned wells. The capital, Windhoek, was occupied on 12 May, by which time most of the country had been conquered. The Germans were gradually squeezed into the north-west corner of the territory. Defeated at Otavi on 1 July, they finally surrendered at Khorab on 9 July 1915. On returning to South Africa the majority of troops involved in the campaign volunteered for further service in East Africa and Europe.

From a collection of 96 stereoscopic photographs in box two of two entitled 'The Great War.