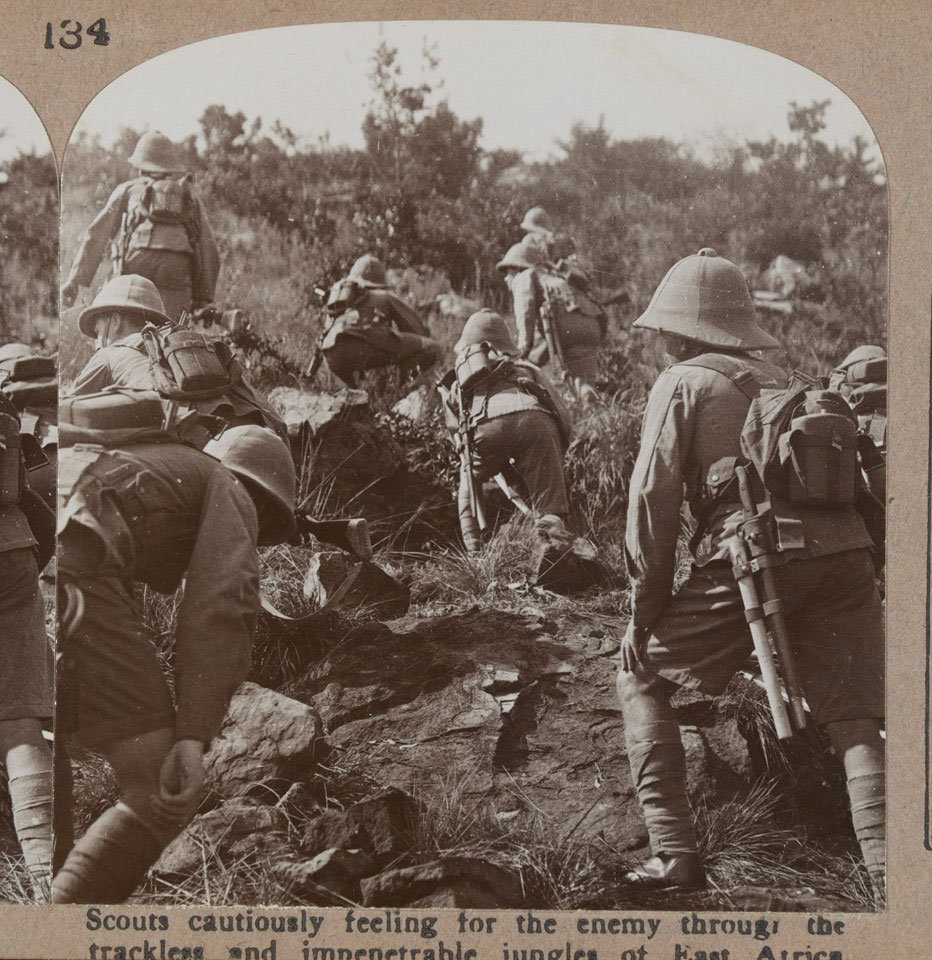 'Scouts cautiously feeling for the enemy through the trackless and impenetrable jungles of East Africa', 1916 (c)

On the outbreak of war in 1914, Colonel Paul von Lettow-Vorbeck was the commander of a small army in German East Africa (Tanzania, Burundi and Rwanda). He was determined to tie down as many Allied troops as he could in the region to prevent them from being deployed elsewhere. During a four-year guerrilla campaign he ran rings around his enemies. With an army that never numbered more than 14,000 men, comprising about 3,000 Germans and 11,000 Askaris (African soldiers), he succeeded in occupying ten times that number of Allied troops.

Many soldiers in East Africa suffered from tropical diseases. One unit, the 9th South African Infantry, began the campaign with 1,135 men in February 1916, but by October was down to 116, having hardly engaged the enemy. For every man the Allies lost in battle, a further 30 were lost through sickness.