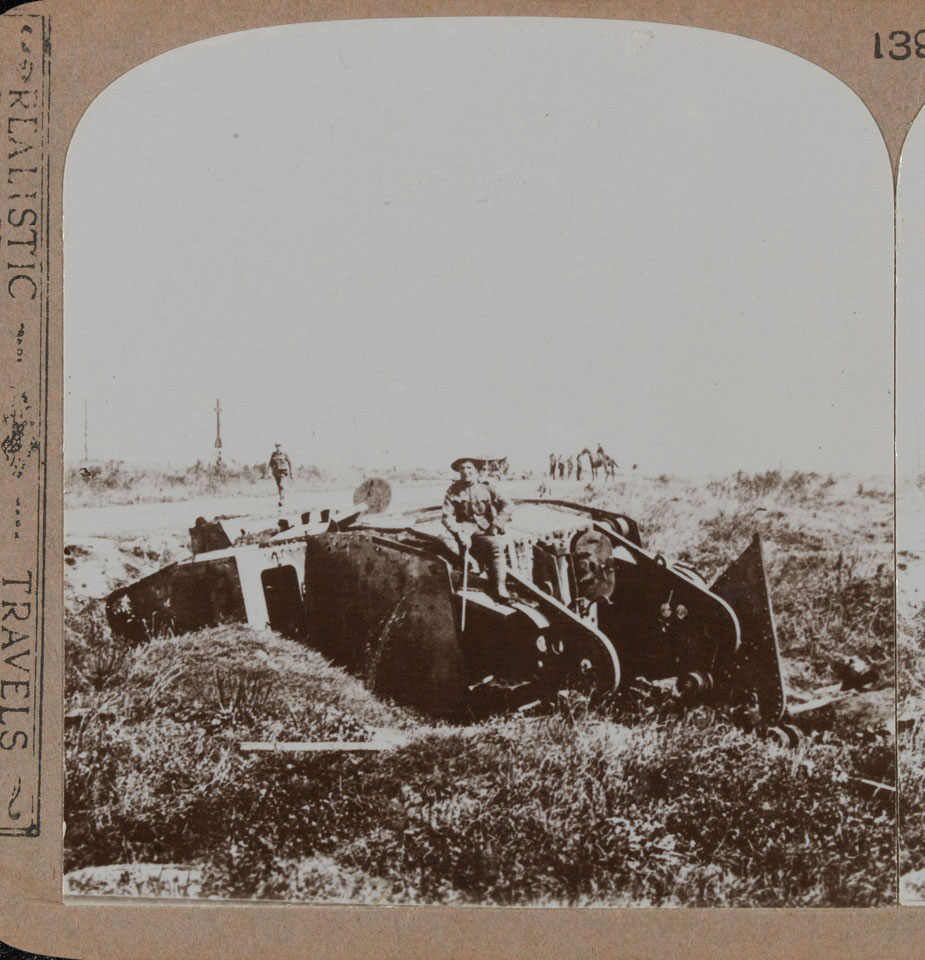 'Tank disabled in our break-through near Moeuvres during our surprise attack on the Cambrai front', 1917

On 20 November 1917 the Germans were surprised by a brief but intense artillery attack on a ten-mile front near Cambrai. Soon after, 350 British tanks advanced across the ground supported by infantry. A creeping artillery barrage assisted their attack. Many tanks were fitted with huge fascines to be tipped into the deep ditches of the enemy lines. These would form bridges over which the following tanks could crawl.

This initial attack went well with some units advancing more than five miles from their starting points. Eventually however the advance stalled due to stiff German resistance and problems in getting reinforcements forward. Many of the tanks succumbed to enemy artillery fire or suffered mechanical breakdown. After several days of intense fighting the Germans launched a major counter-attack on 30 November that drove the British almost back to their start lines.