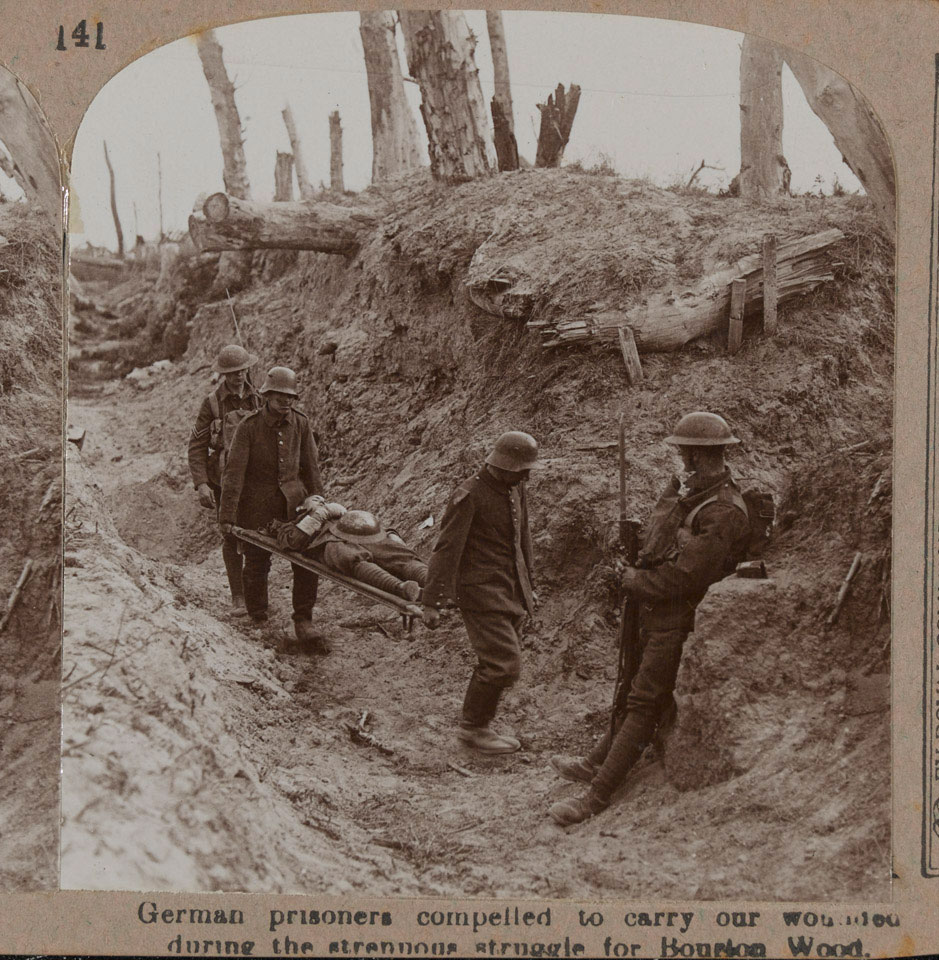 'German prisoners compelled to carry our wounded during the strenuous struggle for Bourlon Wood', 1917

Bourlon Wood witnessed heavy fighting during the Battle of Cambrai (20 November-7 December 1917). The ridge it sat on dominated the left of the large salient created by the initial British attack and was one of the most forward positions gained. The Germans repeatedly attacked the British positions there and eventually drove them off following their huge counter-attack of 30 November.

From a collection of ninety-six stereoscopic photographs in box two of two entitled 'The Great War' including the official series.