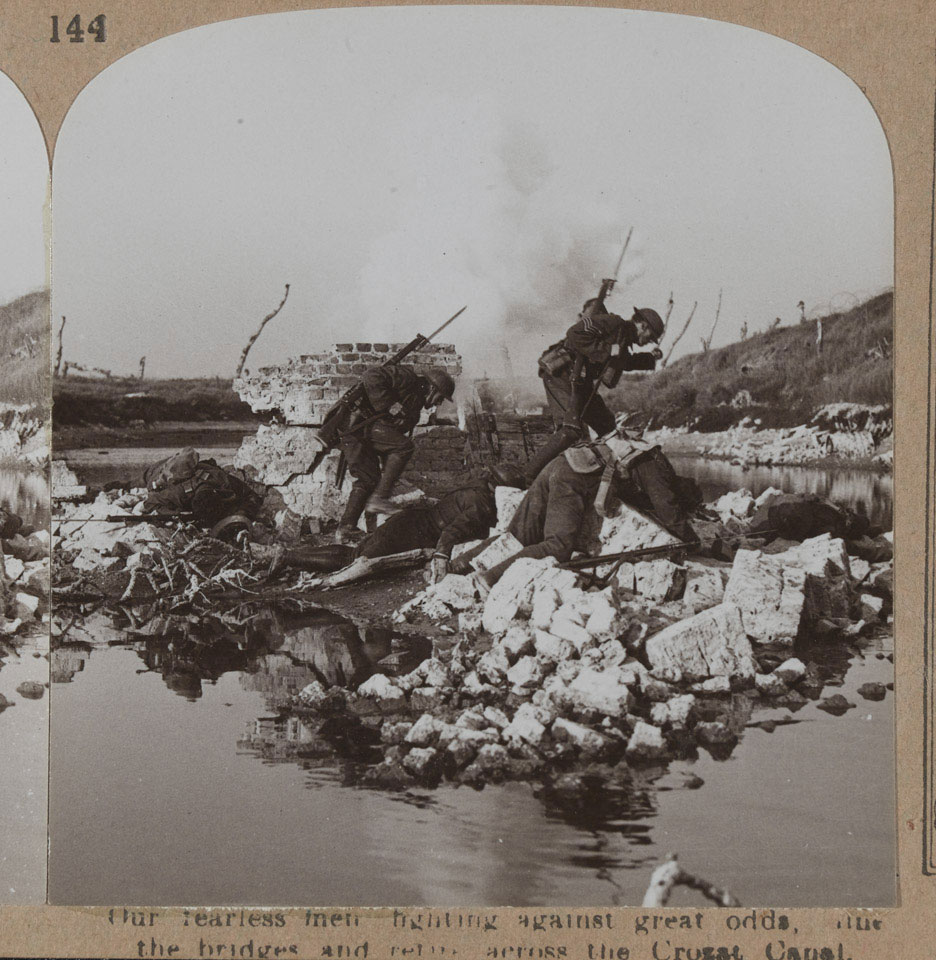 'Our fearless men fighting against great odds, the bridges and across the Crozat Canal', 1918

On 29 September 1918 the Allies attacked on the St Quentin Canal as part of their great offensive. Australian and American troops assaulted a strongly defended sector at Bellicourt with tanks, artillery and aircraft being used in a co-ordinated attack. Meanwhile, the British 46th Division made an amphibious crossing of the canal to the south. During the following days the Allied attacks met with more success and all the lines were fully breached. The Crozat Canal was a section of the St Quentin Canal between the River Somme and the River Oise.

From a collection of 96 stereoscopic photographs in box two of two entitled 'The Great War'.