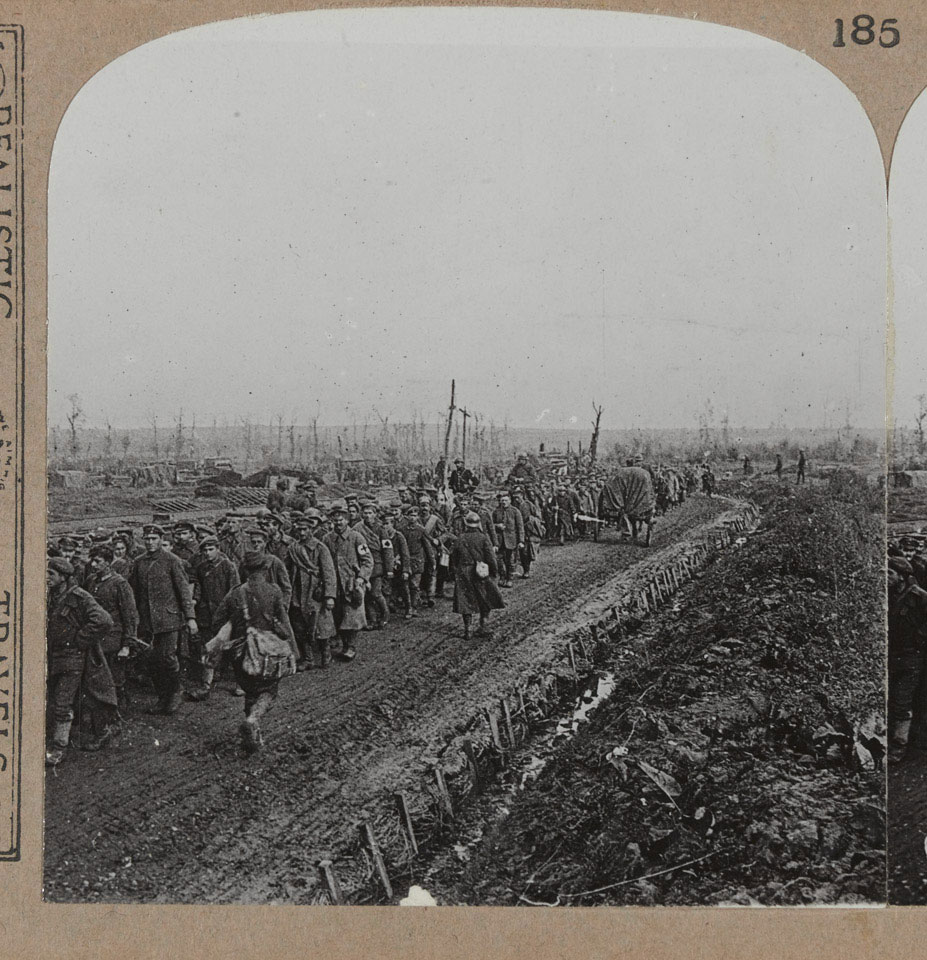 'Thousands of German prisoners captured in the final rout of the German armies on the Sambre', 1918

The Battle of the Sambre in November 1918 was one of the last Allied offensives of the 'Hundred Days' - a series of attacks launched on the Western Front in the aftermath of the Battle of Amiens the previous August. Although elements of the German Army continued to resist and inflict high casualties on the Allied attackers, by this stage of the war German morale was declining and thousands of men were surrendering on a daily basis.