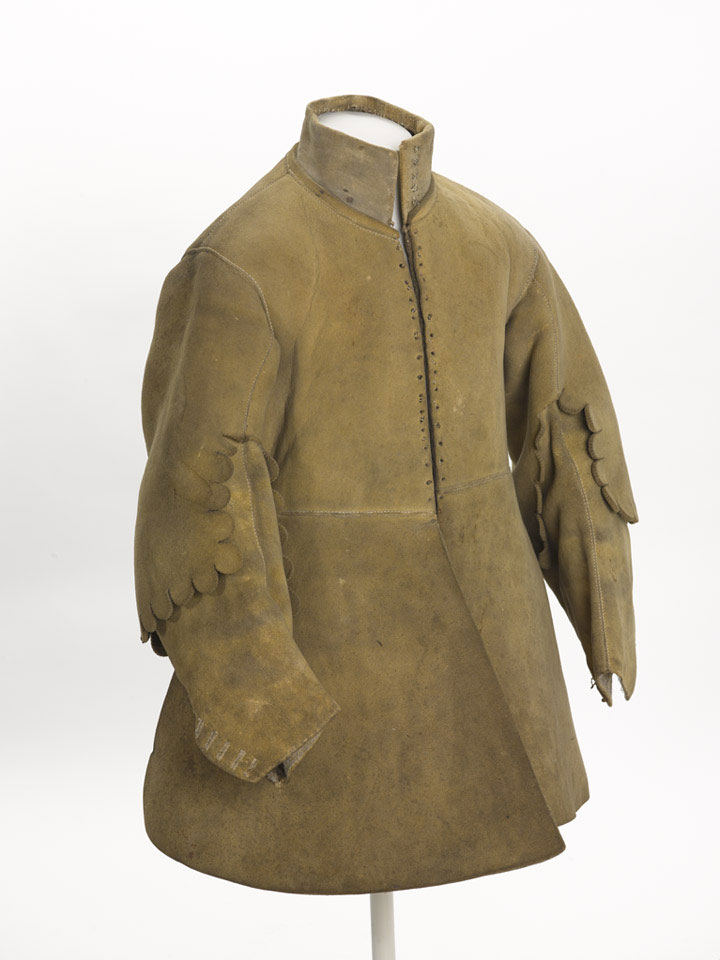 The buff leather coat was a thick protective jacket that could be worn beneath armour. Major Thomas Sanders, a Parliamentarian officer of Sir John Gell's Regiment of Horse, wore this coat during the First Civil War (1642-1646). It has thinner leather on the lower arm to allow the rider to wield a sword or pistol and to control his horse more effectively.

Sander's led the Parliamentarian garrison during the Battle of Burton Bridge (1643) where he was captured by the Royalists. Later exchanged, he was promoted to colonel and raised a regiment of horse.