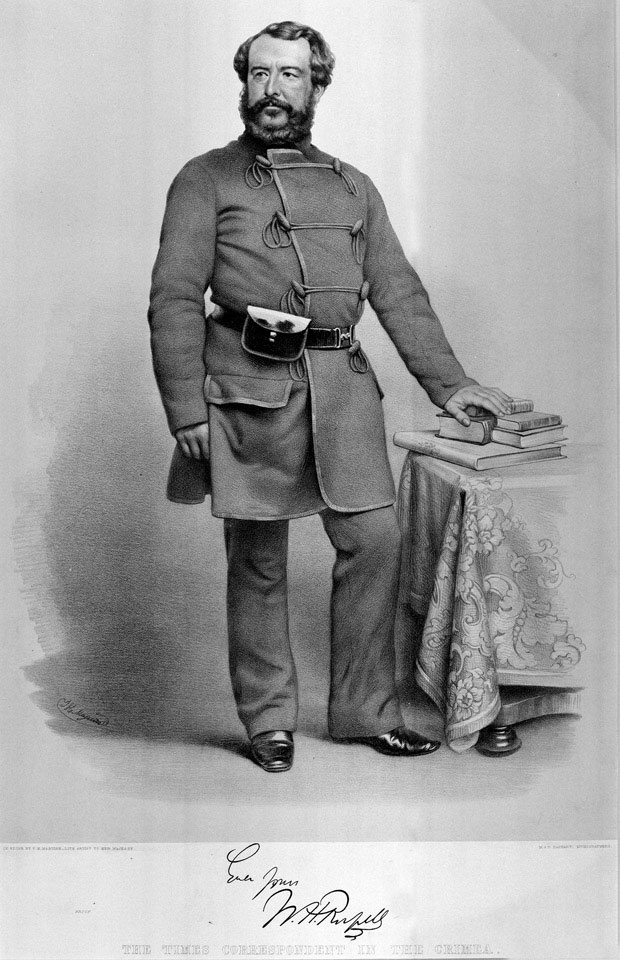 W H Russell, 'The Times' Correspondent in the Crimea, 1855

In February 1854, in his quest to provide the public with accurate information on the progress of the war, John Delane (1817-1879), the editor of 'The Times', asked the Irish-born journalist, William Howard Russell (1820-1907), to accompany the Brigade of Guards when it left Britain for Malta as part of the expeditionary force bound for the East. His series of dispatches published between 9th and 13th of October 1854 describing the twin horrors of minimal medical treatment and appalling hygiene endured by the patients at Scutari were instrumental in persuading Florence Nightingale to gather together her party of nurses. Russell, who lost his baggage on the way to the Crimea, is depicted wearing the jacket which he adopted as part of his dress in the East.