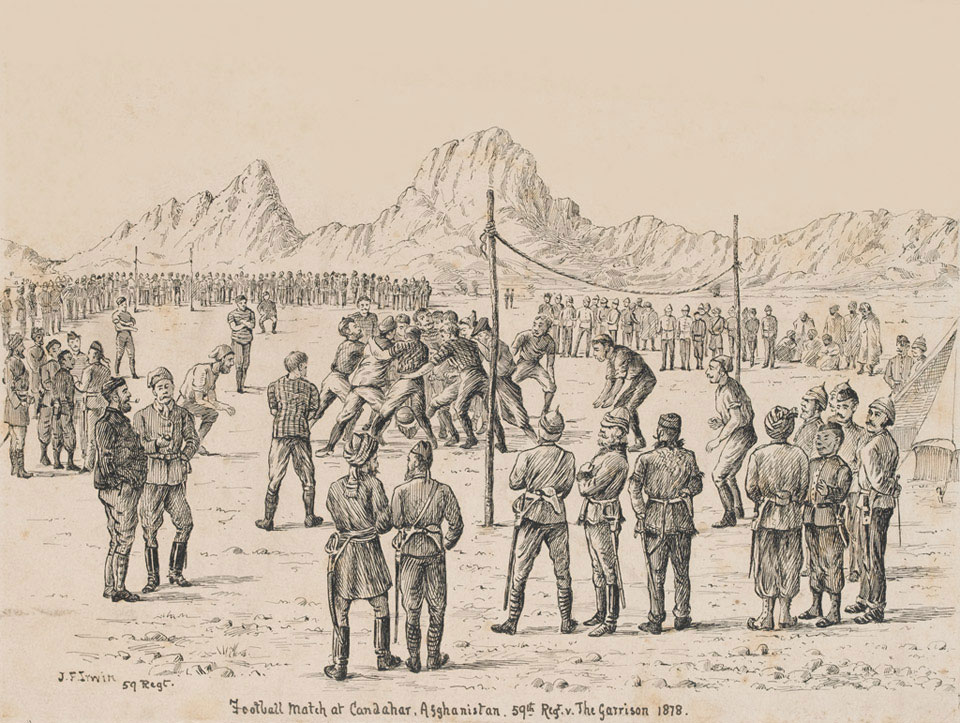 Kandahar, in south-east Afghanistan, was captured by Lieutenant-General Donald Stewart's force without a struggle on 8 January 1879. In the months that followed the occupation of the city was relatively uneventful, allowing the garrison to partake in social activities and sporting contests.

A note on the back of Irwin's sketch states: 'Copied from Sketch done at the time by me. The 59th Regt. played 15 officers against 15 officers of the Candahar Garrison & beat them. I suppose that this was the first game of football ever played in Afghanistan'.