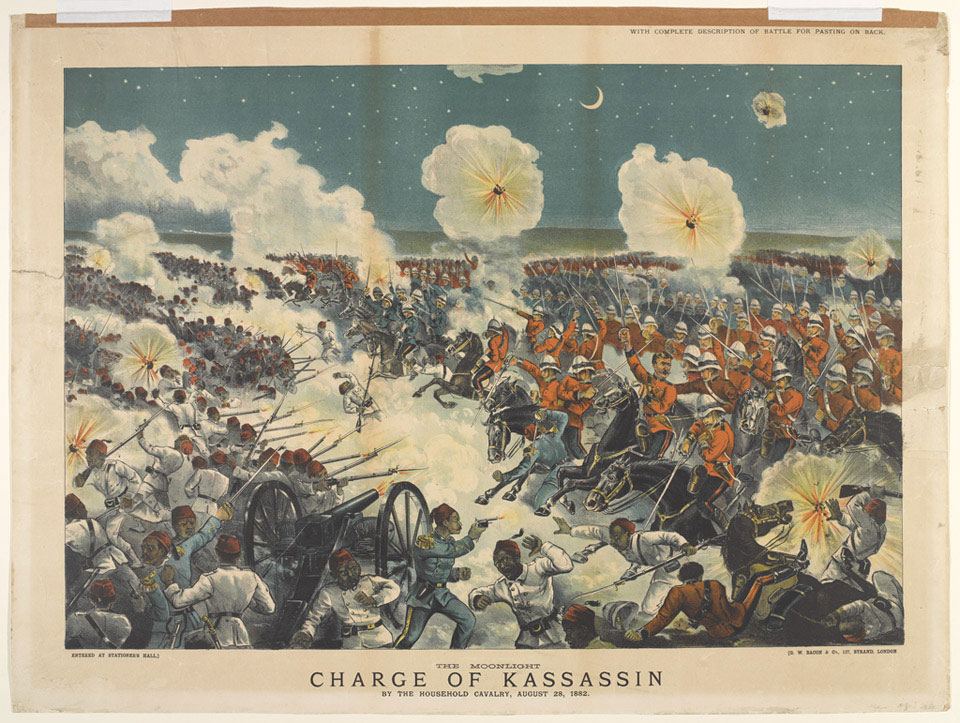 'The Moonlight Charge of Kassassin by the Household Cavalry', 1882

On 10 September 1882 an Egyptian army led by Ahmed Urabi attacked the British troops at Kassassin in order to recapture the Suez Canal, which had been seized by the British. The outcome of the battle was in the balance until the arrival of British reinforcements just as darkness began to fall. The Household Cavalry composite regiment charged the Egyptian infantry who soon abandoned their guns.