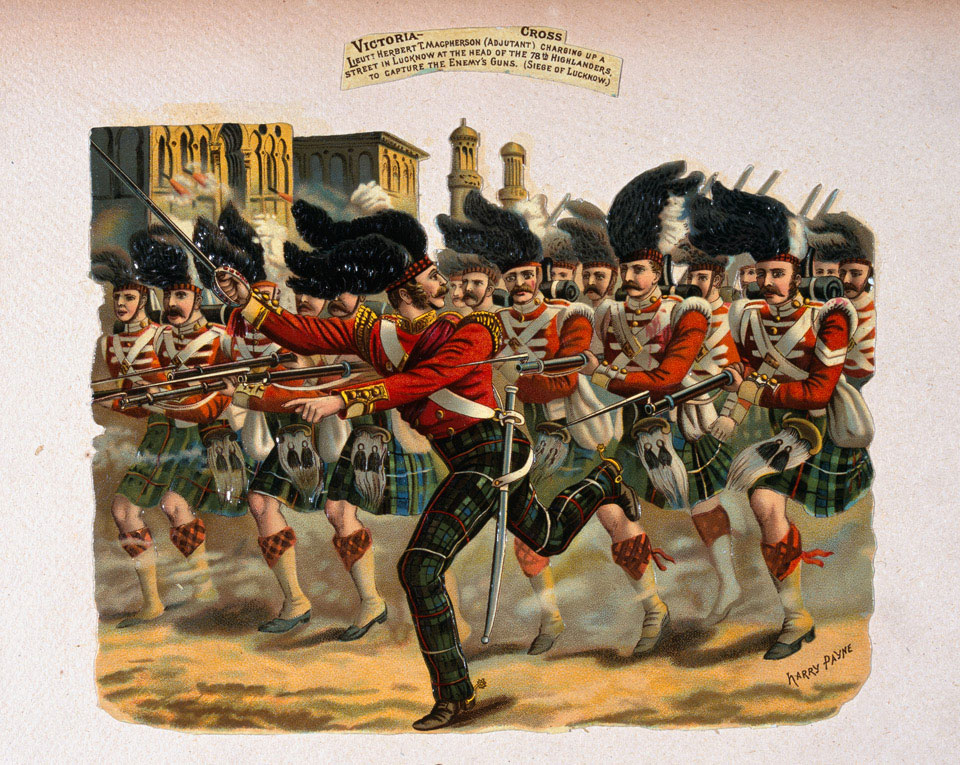 'Lieut Herbert T Macpherson (Adjutant) charging up a street in Lucknow at the head of the 78th Highlanders to capture the enemy's guns', Lucknow, 1857

On 25 September 1857 at Lucknow, during the Indian Mutiny (1857-1859), Lieutenant Macpherson 'set an example of heroic gallantry to the men of his regiment at the period of the action in which they captured two brass 9-pounders at the point of the bayonet'. Macpherson was later promoted to major-general and awarded a GCB.