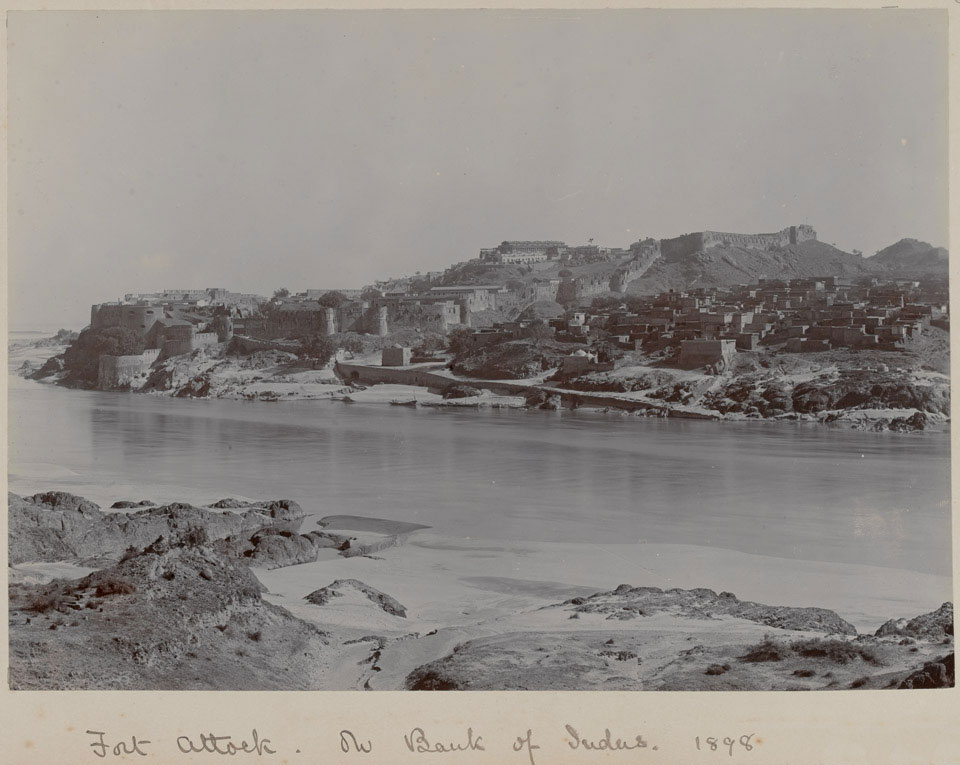 Originally constructed by the Moghul Emperor Akbar the Great in the 16th century, the fort guarded the passage of the Indus where it crossed the military and trade routes from the Khyber Pass. It was situated about half way between Peshawar and Rawalpindi. Captured from the Afghans by Ranjit Singh in 1813, the British took possession of the fort after winning the 2nd Sikh War (1848-1849) when they annexed the Punjab and what subsequently became the North West Frontier.