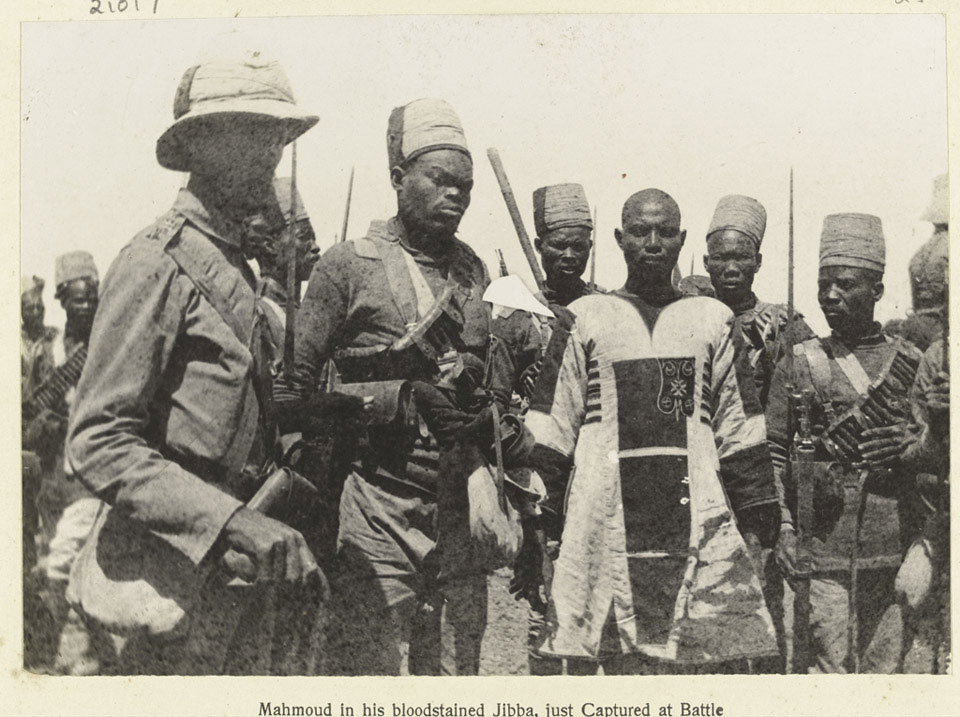 Mahmud in his bloodstained Jibba, captured at the Battle of Atbara, 8 April, 1898

In 1883, the Sudanese religious leader, Muhammad Ahmad (or the Mahdi), began a revolt against Anglo-Egyptian rule in Sudan. The following year, Major-General Charles Gordon, Governor-General of the Sudan, was sent to evacuate Egyptian forces from Khartoum. However, in January 1885, Gordon was murdered. The British Government was put under great pressure to avenge his death. In 1896, Major-General Sir Herbert Kitchener, sirdar or commander-in-chief of the Egyptian Army, led an an Anglo-Egyptian expeditionary force along the Upper Nile. This photograph shows the aftermath of the Battle of Atbara. Kitchener's force of about 12,000 had attacked the fortified camp of the Dervish army and, after a fierce struggle, the enemy was routed. Around 4,000 Dervishes were captured along with their commander, the Emir Mahmud, who is shown in the centre of the picture under a guard escort of the 10th Sudanese Battalion.