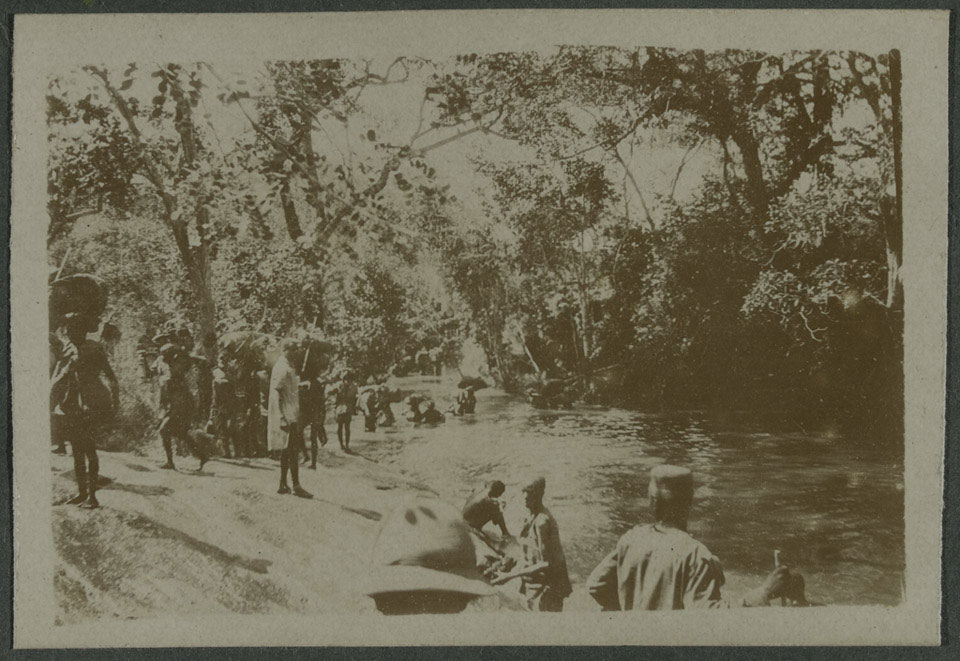 Soldiers of the King's African Rifles (KAR) cross a jungle river during operations in East Africa against the German commander Paul Erich von Lettow-Vorbeck and his forces. Many hostilities only KAR battalions were raised during the war to fight alongside the five regular battalions of the regiment.

From album of 192 photographs compiled by an officer of the Kings African Rifles.