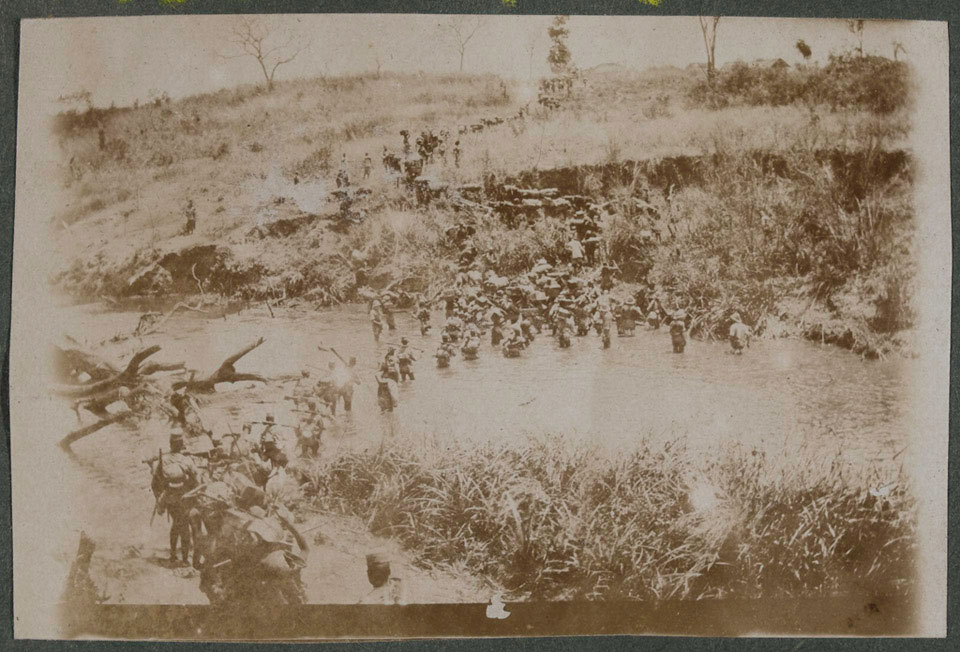 During the First World War, British Empire forces in East Africa fought a four-year guerrilla campaign against a small German force led by Colonel Paul von Lettow-Vorbeck. Despite being outnumbered, he skilfully ran rings around his enemies, inflicting many casualties and avoiding defeat in the field. On 25 November 1918, he surrendered his force after learning of the armistice from a British prisoner. African troops played a crucial role in the struggle, including the King's African Rifles, a battalion of whom are shown here crossing a river.