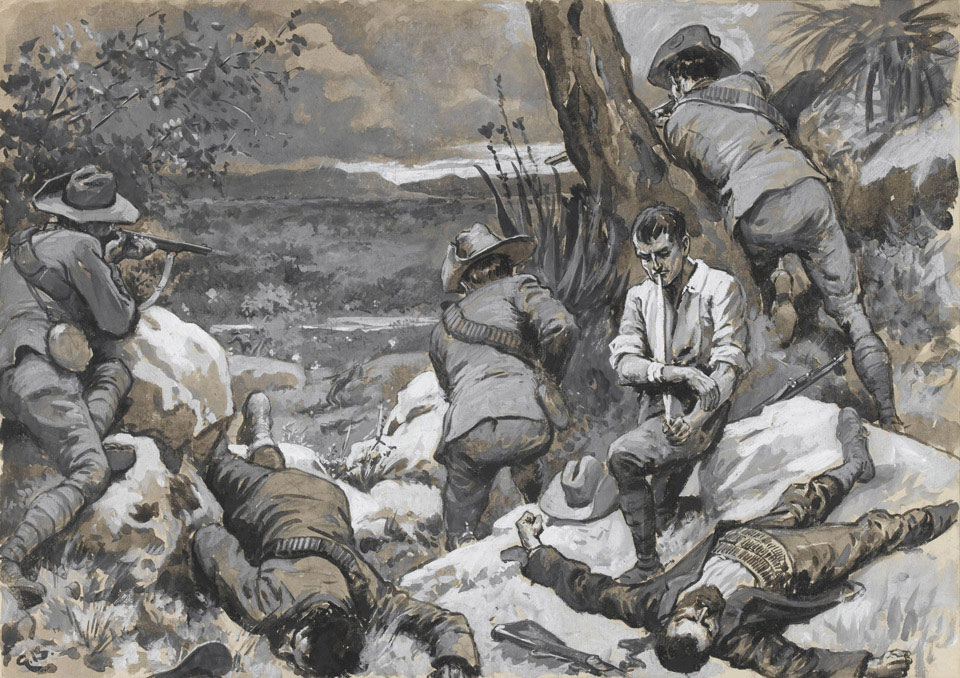 'The Boer Attack on Caesar's Camp: A Hot Corner with the Border Mounted Rifles, 1900'

On 6 January 1900 the Boers launched a determined attack on Ladysmith, capturing for a time two of its outlying southern defences, Wagon Hill and Caesar's Camp. At Caesar's Camp, their advance party almost succeeded in forcing the whole position along the hill-top, but were held in check by the Border Mounted Rifles. As the morning wore on, the Boers were subjected to heavy bombardment by 53rd Battery, Royal Field Artillery, but it was forced to cease firing when a storm of hail and rain blotted out its target.

Boer reinforcements advanced under cover of the storm, and a renewed attempt was made to carry the British position, but once again the Border Mounted Rifles, now reinforced with some regular troops, stood firm. As darkness fell the Boers conceded that their attempt had failed and, to avoid being cut off by flash floods caused by the storm, they withdrew, though many were shot or drowned in doing so.