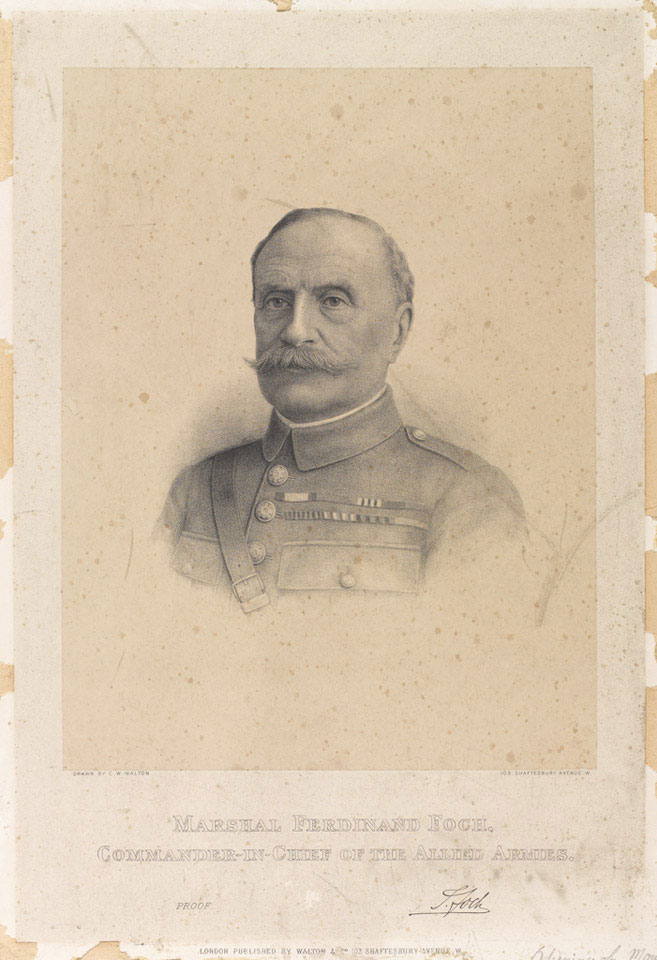 A veteran of the Franco-Prussian War (1870-1871), in 1914 Foch (1851-1929) commanded the French 2nd Army that blocked the German advance on Nancy. Promoted to commander of the Ninth Army, he led the French counter-attack at the Marne. His success led to further promotion and in October he was given the command of the French Northern Army. He held this post during the Battle of the Somme in 1916. When Robert Nivelle replaced Joseph Joffre as Commander-in-Chief, Foch was recalled to Army Headquarters.

In 1918 during the German Spring Offensive Foch was promoted to Allied Supreme Commander on the Western Front. Despite clashing with General John Pershing over the deployment of US forces, Foch managed to co-ordinate the Allied defence and subsequent counter-offensive.