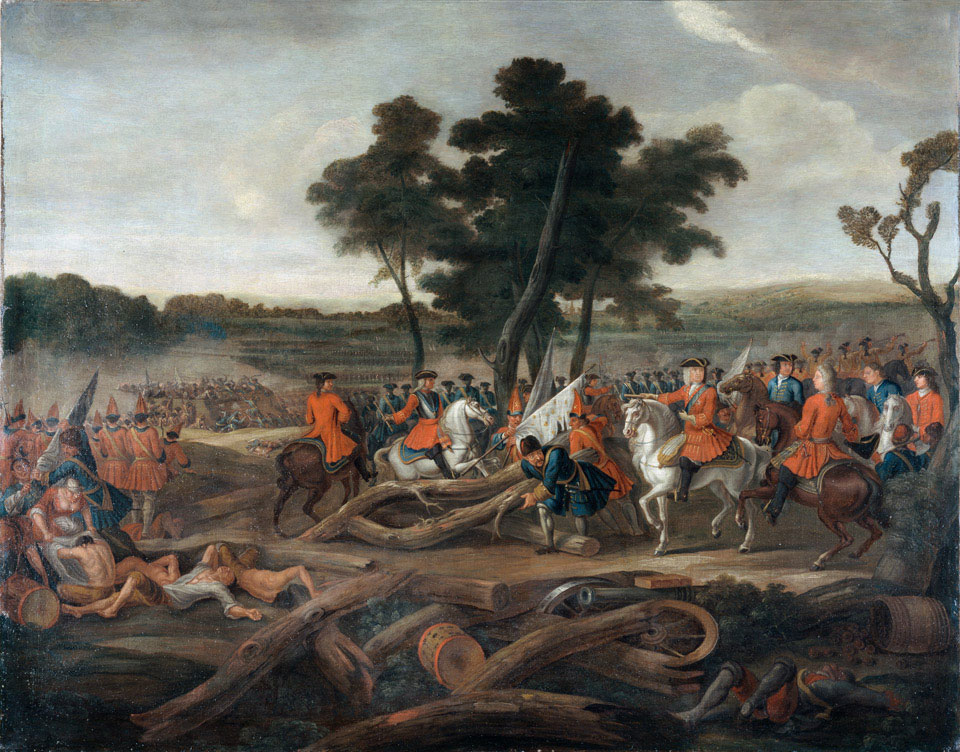 Malplaquet lies close to the French border, about 15km (nine miles) from the Belgian town of Mons. It was here, on 11 September 1709 (Modern Calendar; 31 August 1709 Old Style), during the War of the Spanish Succession (1702-1713) that an Allied army commanded by the Duke of Marlborough and Prince Eugene, engaged a French army under Marshal Villars.

The French occupied a strong defensive position. After desperate hand-to-hand fighting the Allies won the day, but lost over 20,000 men. These were some of the heaviest casualties seen in eighteenth century warfare and Marlborough's popularity declined as a result.

To the right, Marlborough gives orders to his troops whilst fighting continues in the background. On the left, some of the women who followed the Army are stripping the dead of their clothing.

This painting and a companion in the Museum's Collection (see 1980-02-33) are thought to have been preparatory studies for the Malplaquet staircase at Marlborough House.