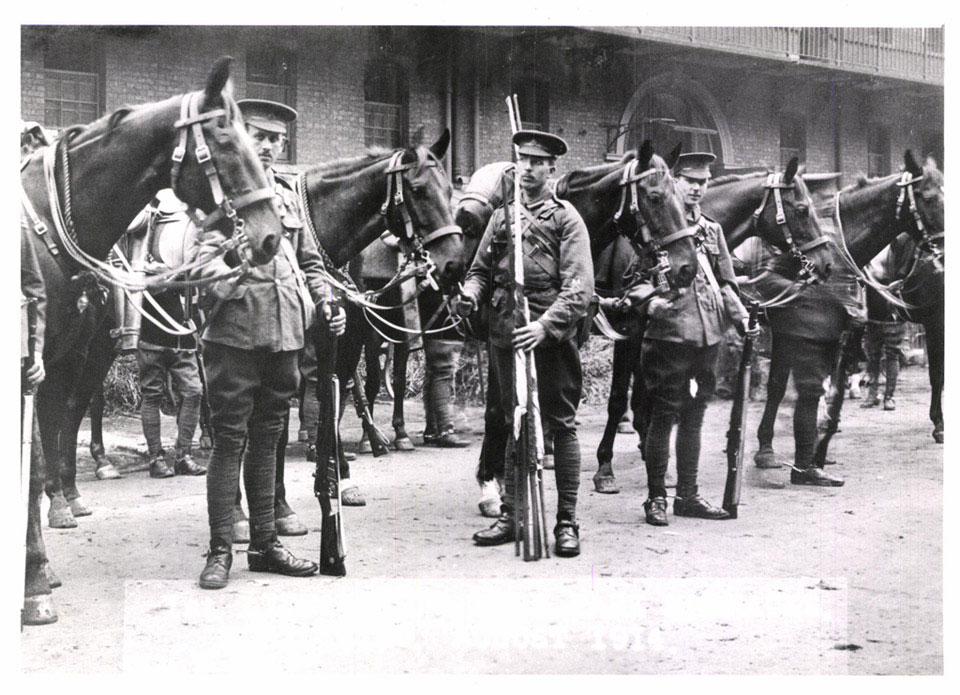 Following the outbreak of war on 4 August 1914, the Army prepared to leave for the continent. Leave was cancelled, Reservists were called up and units placed on alert.

The 1st and 2nd Life Guards, along with the Royal Horse Guards, were immediately formed into the Household Cavalry Composite Regiment. This landed in France on 16 August 1914 and went into the line with 1st Cavalry Division.