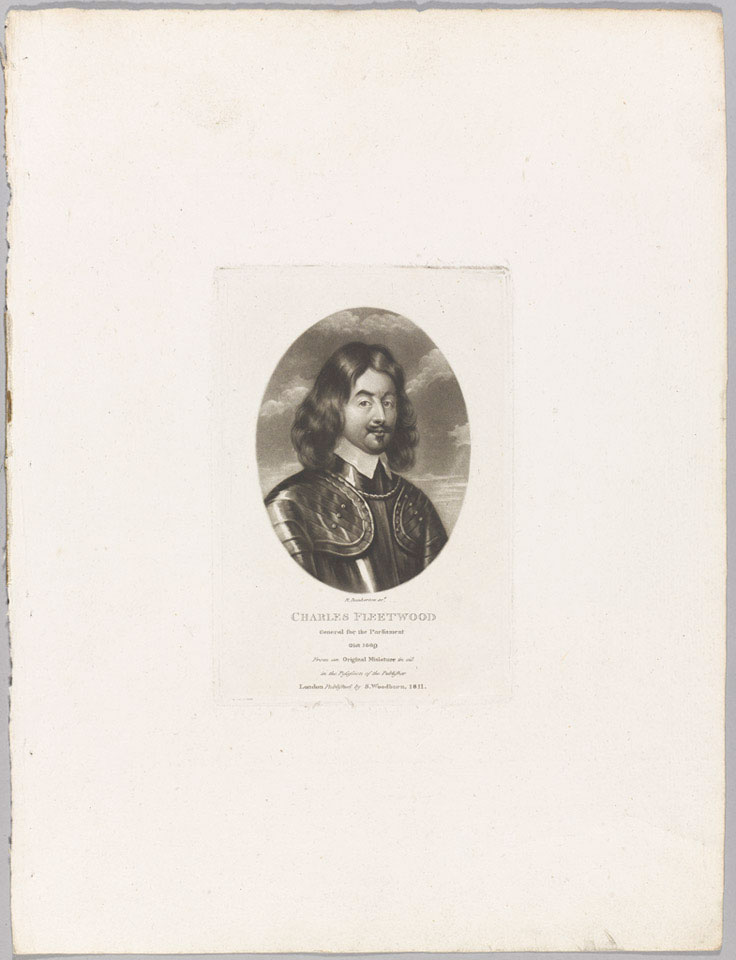 Fleetwood (1618-1692) was a Parliamentarian soldier and politician. After serving in the New Model Army he became Lord Deputy of Ireland (1652-1655) and was one of Oliver Cromwell's most loyal supporters throughout the Protectorate.

After Cromwell''s death, Fleetwood was initially supportive of his brother-in-law Richard Cromwell, but turned against him and forced him from power in May 1659. Together with General John Lambert he then dominated government (via the Committee of Safety) during its power struggle against the restored Rump Parliament.

But he and Lambert were outmaneuvered by General George Monck who rallied to Parliament's defence, sidelining them in the process. Fleetwood was deprived of his command and proved powerless to oppose the Restoration of the monarchy in May 1660. Subsequently barred from holding any public office, he spent his final years in quite retirement.