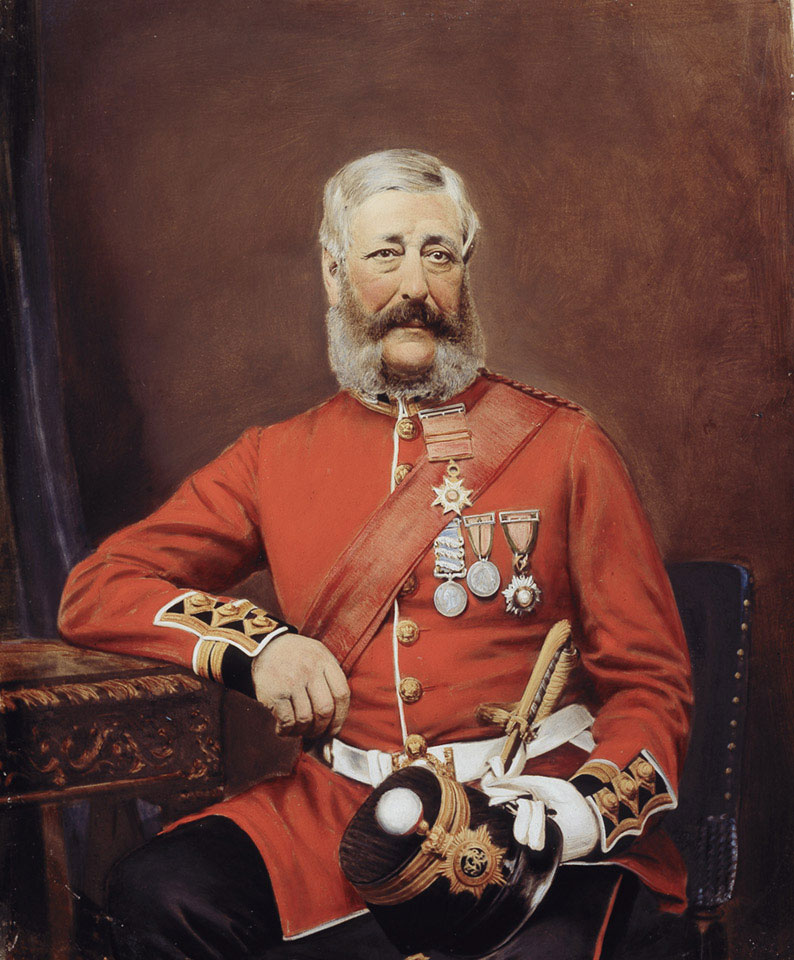 Commissioned an ensign in the 88th Regiment of Foot (Connaught Rangers) on 16 June 1825, Edmund Richard Jeffreys (1808-1889) received a brevet Lieutenant-Colonelcy on 20 June 1854 and as senior major commanded the four companies of the 88th that were present at the Battle of Inkerman. He was wounded and returned home, taking command on 16 March 1855 of the Depot Battalion at Parkhurst, Isle of Wight. He retired with the rank of lieutenant-general in 1878, and in 1881 was appointed honorary general, and Colonel of the 63rd (The West Suffolk) Regiment, later the Manchester Regiment.