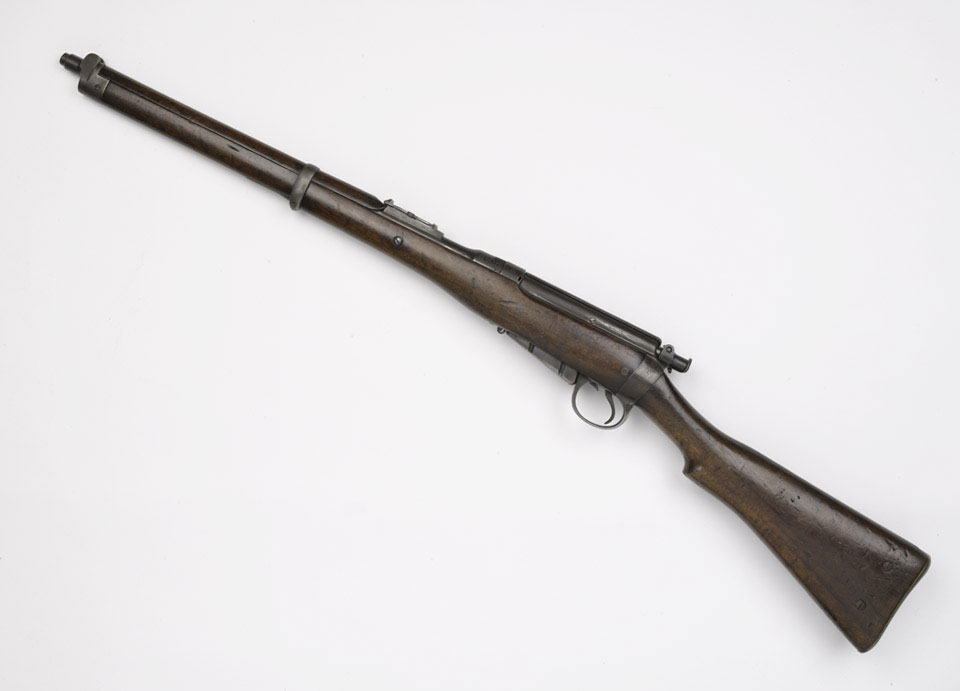 The 2nd Dragoon Guards (Queen's Bays) did not leave England for South Africa until November 1901, finally returning home again in 1908. During their Boer War service they covered prodigious distances, some 1,440 km between 8 April and 10 May 1902 alone, chasing Boers across the veld. A total of 748 of the 775 horses that landed with the regiment at Cape Town on 1 December 1901 died, while casualties among all ranks amounted to 80 killed, 14 dead from disease, and 55 wounded.

Introduced in 1894 as the first of the magazine carbines, although with a smaller magazine holding six rounds compared with the rifle's ten, the Lee Metford was quickly superseded by the Lee Enfield, the rifling of which was better suited to the new cordite ammunition. However many Lee Metfords remained in service, their barrels being replaced by Enfield types as they wore out. Neither of these British carbines was considered a success in South Africa. Their accuracy was criticised, while it was thought that the enemy's Mausers, utilising metal clips holding five cartridges that were inserted directly into the magazine, were faster to load than the British weapons, for which rounds had to be inserted individually. After the Boer War carbines were rapidly reduced to the status of second-class arms.