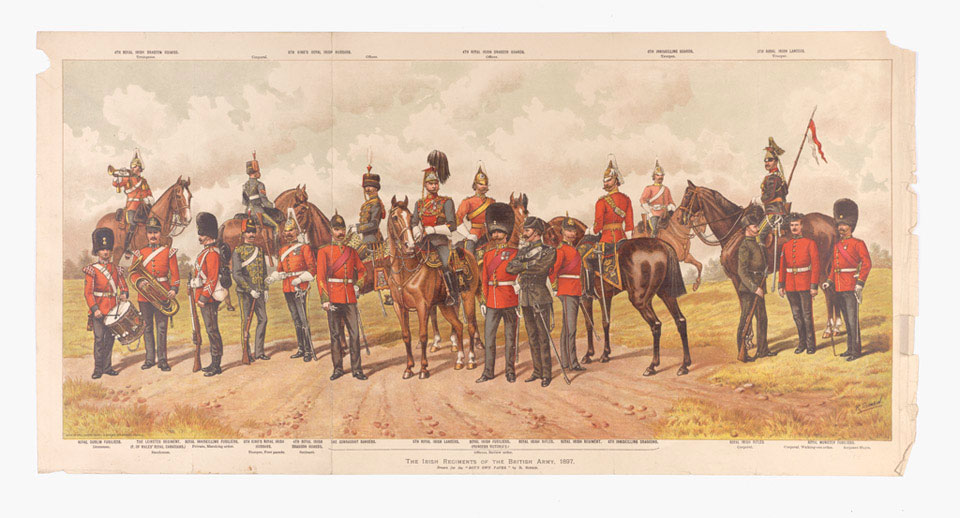 The Irish Regiments of the British Army, 1897

Chromolithograph by Emrik and Binger after Richard Simkin, 1897. Published as a supplement to 'The Boys Own Paper', 25 December 1897.