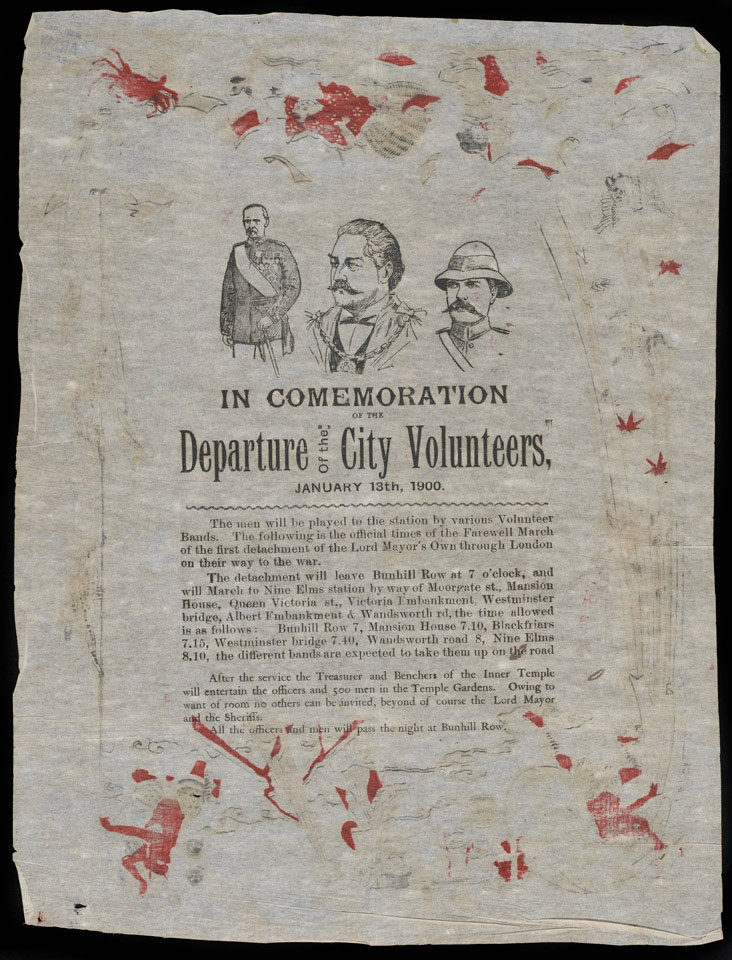 Facsimile of a programme commemorating the departure for South Africa of the City Volunteers, 13 January 1900

This programme is decorated with portraits of Lord Roberts, Lord Kitchener, and the Lord Mayor of London. The City Imperial Volunteers had been formed in London in December 1899 by the Lord Mayor of London and were equipped at the expense of the City Corporation. Recruited from men serving in the volunteer units in the London area, it eventually comprised two companies of mounted infantry, one battalion of infantry and one battery of artillery.