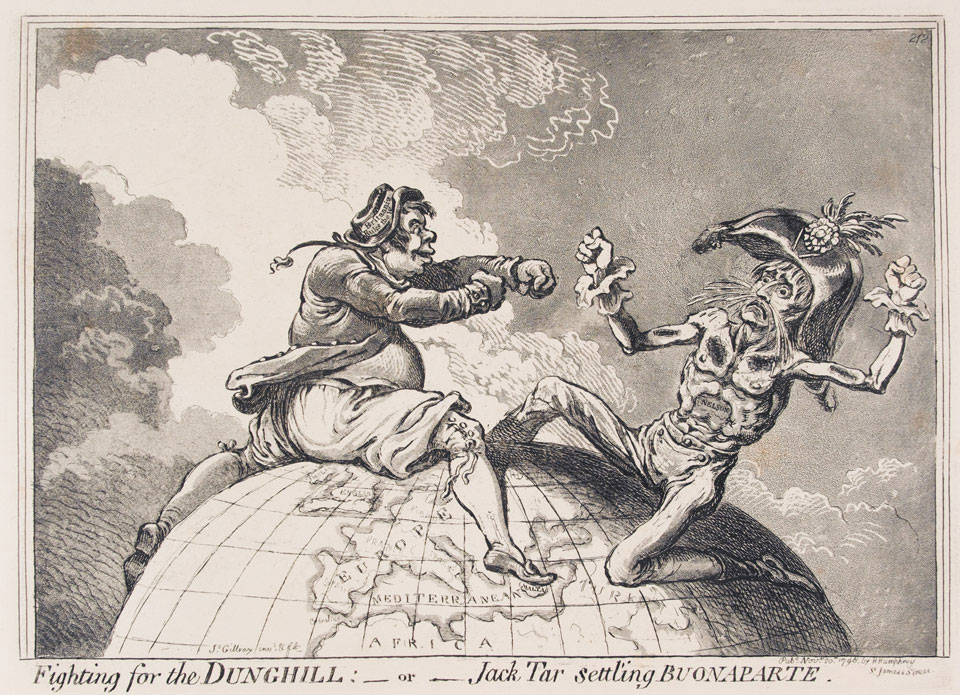 This print celebrates Nelson's victory at Aboukir Bay at the mouth of the Nile on 1 August 1798. Instead of the using a traditional 'John Bull' figure as a personification of England, Gillray here embodies British strength in the figure of 'Jack Tar', shown here foiling Napoleon, who appears as the symbol of France. Tar's toe is firmly planted on Malta, which, supported by a British blockade, rebelled against French occupation in September 1798.