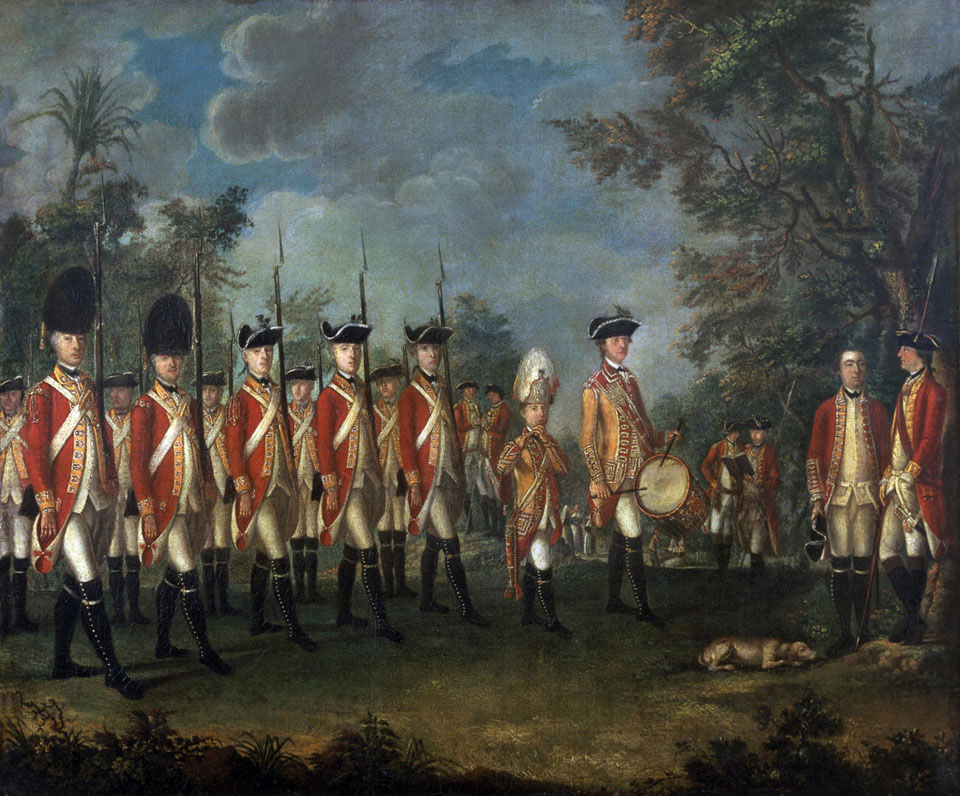 The regiment setting off on the march. It may be noted that, despite its title, this painting does not depict Lennox.

The officer who appears to the right of the drummer carries a spontoon and is unlikely to be the Colonel. The grenadiers to the left of the picture wear the new fur caps issued in 1768 but as yet without any plates.