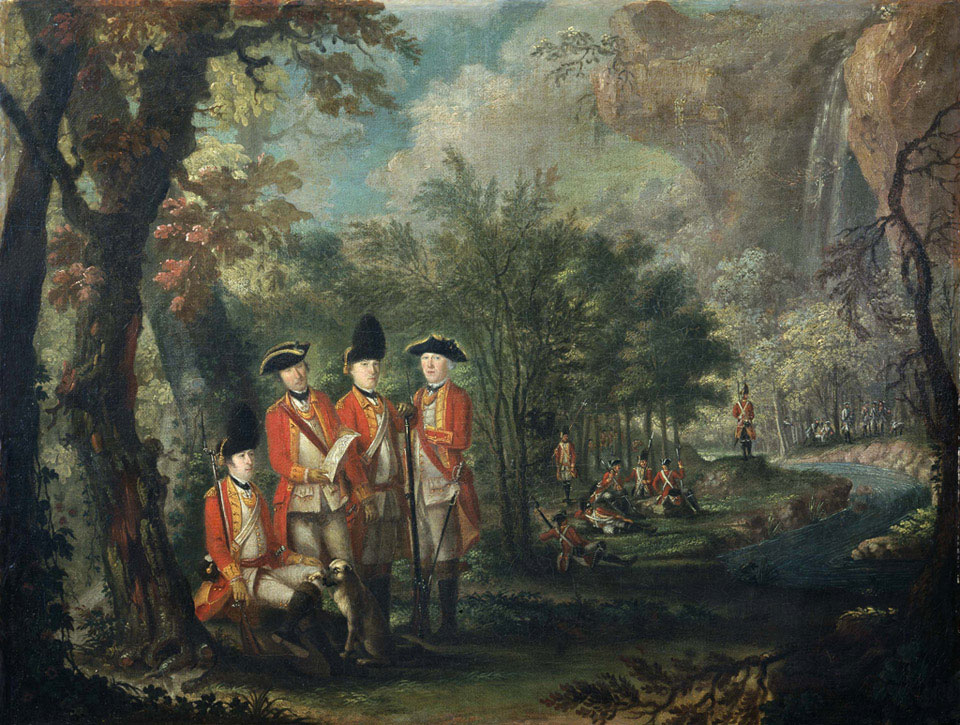 One of a set of six unsigned oil paintings on canvas attributed to Giuseppe Chiesa, 1771 (c).

A wooded grove with groups of soldiers of the 25th Regiment of Foot with their mascot, 1771 (c). Originally entitled 'Regimental Officers' the painting depicts not only the dog and officers of the 25th Regiment of Foot, with some of their men resting beyond but also, across the stream, some foreign troops dressed in white. It is thought that these could possibly come from the Russian fleet under Admiral Grigory Spiridonov, which revictualled (took on food and provisions) at the island from late 1769 to July 1770.