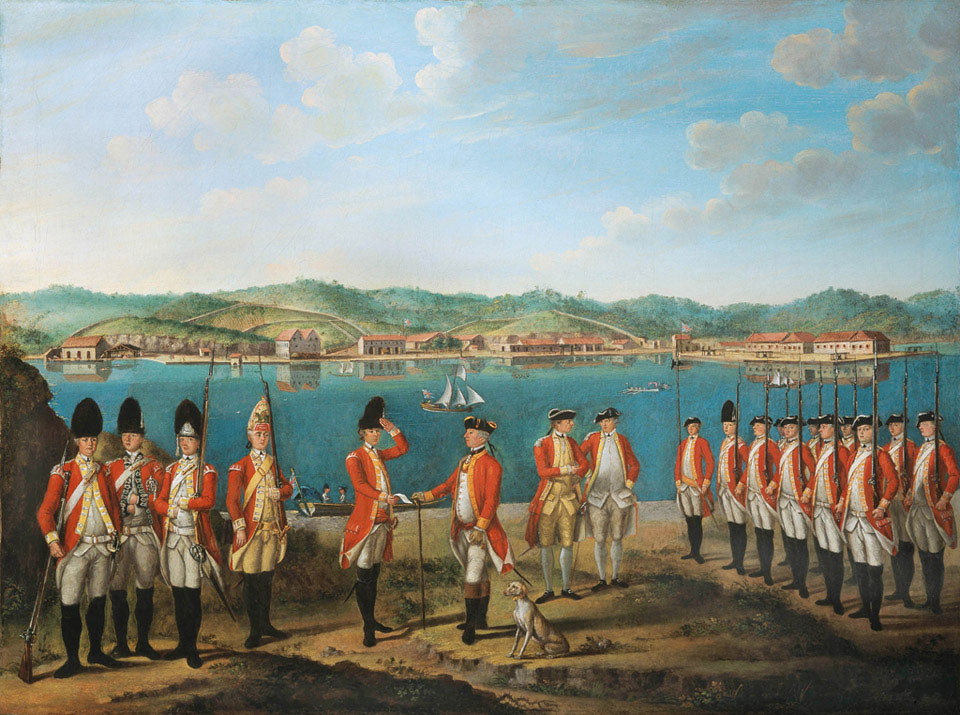 Lieutenant-Colonel Robert Watson with (from left) grenadiers of the 13th, 11th, 67th, and 3rd Regiments of Foot, their officers, and soldiers of 25th Regiment of Foot, 1771 (c)

Robert Watson was Lieutenant-Colonel of the regiment from 1763 until 1773. Among the guard he is inspecting is a grenadier of the 3rd Regiment of Foot (or the Buffs) [fourth from left] who wears an embroidered cloth grenadier cap even though these were obsolete from 1768. It demonstrates that uniforms could have a 'wearing out' time or that new patterns might be slow to arrive at overseas garrisons.