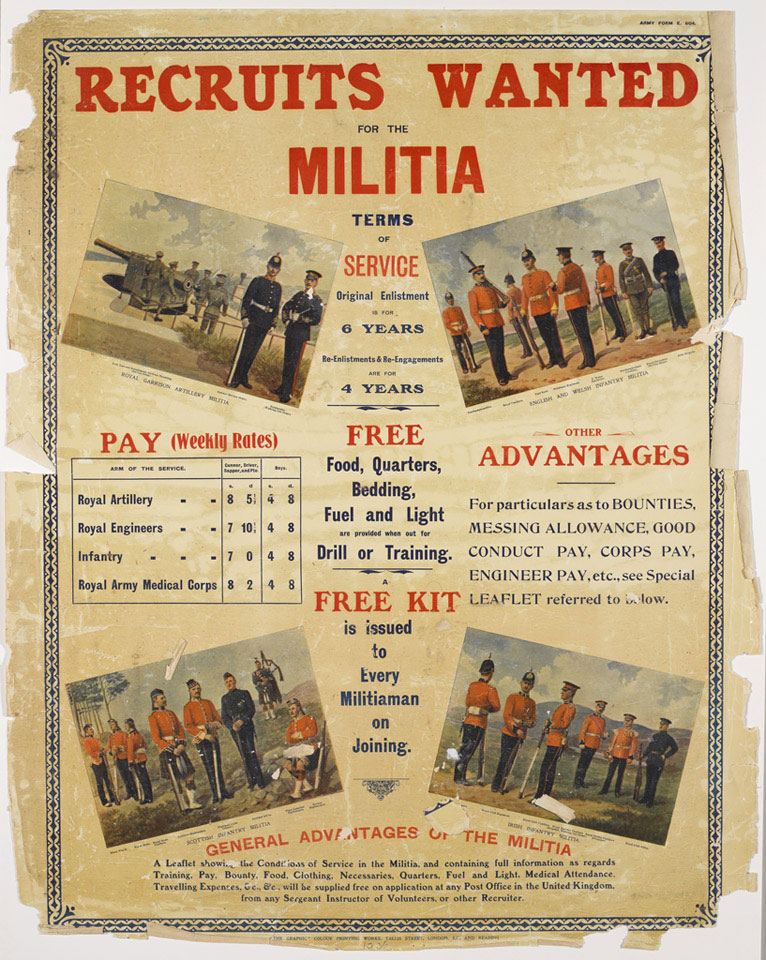 A debate in the House of Lords in 1906 addressed the shortage of militiamen fit for service and 'the difficulty of recruiting. All the troubles from which the Militia now suffers would disappear if only the battalions could be maintained in full numbers, and a better stamp of man be induced'. It was thought that joining the militia had become unpopular because it hampered men obtaining permanent and well-paid civilian work.

By improving conditions for recruits and increasing training, it was thought that the militia could become a more efficient reserve from which men could be drawn in times of emergency, as they had been during the Boer War (1899-1902).