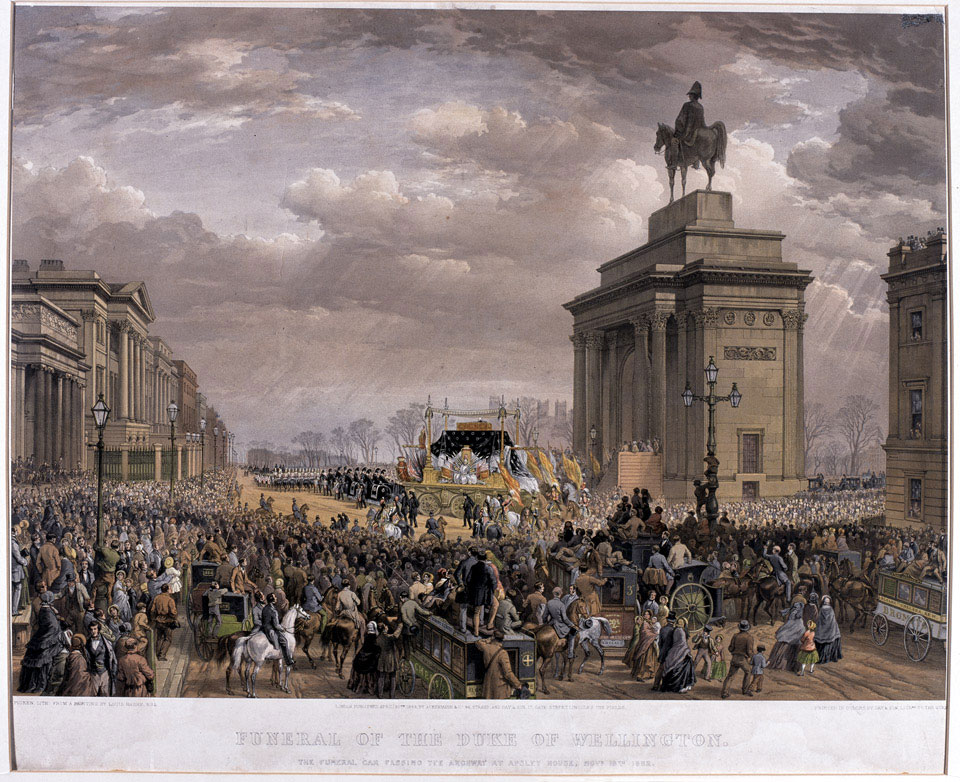 'Funeral of the Duke of Wellington. The funeral car passing the archway at Apsley House', 18 November 1852

The death of Arthur Wellesley, 1st Duke of Wellington (1769-1852) on 14 September 1852 marked the passing of an era. The victor of Waterloo and vanquisher of Napoleon, Wellington was perhaps Britain's greatest ever soldier, but as commander-in-chief of the Army in his old age, his belief that past methods were the best had acted as a brake on progress. Although his death provided the opportunity for military reform, the outbreak of the Crimean War (1854-1856) just over a year later meant that the time available for any reforms to take effect would be limited.

The procession of Wellington's funeral cortège to St Paul's Cathedral was watched by over a million people. The artist has depicted the funeral car - which weighed 18 tons and was of a design inspired by Prince Albert - passing the Duke's London residence, Apsley House, Hyde Park Corner.