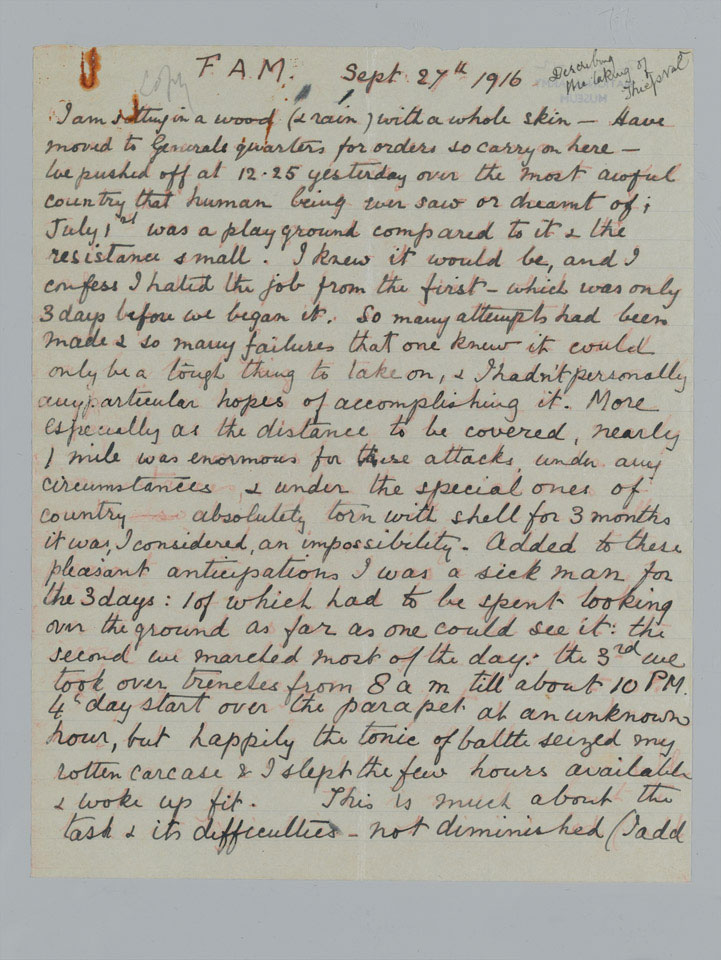 This letter was copied and circulated to Maxwell's immediate family members. He wrote the original the day after he had led 12th (Service) Battalion The Duke of Cambridge's Own (Middlesex Regiment) during 18th Division's capture of Thiepval. Due to the losses in officers he found himself also commanding battalions from the Northamptonshire Regiment and Royal Fusiliers. His letter describes the vicious fighting at Thiepval and the problems encountered in using tanks.