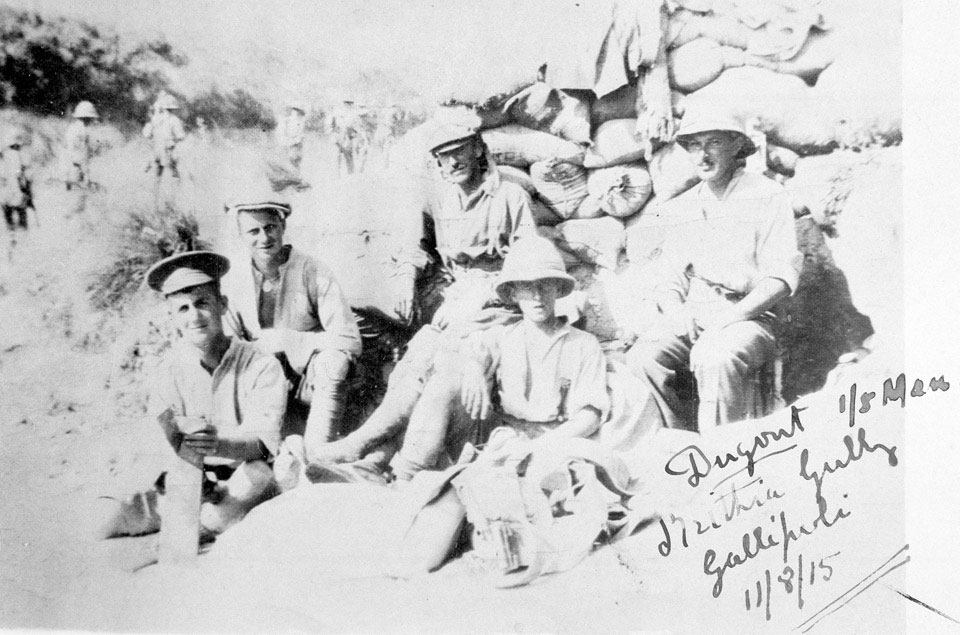 Members of 1/5th Battalion The Manchester Regiment in their dugout in Krithia Gullyi, 11 August 1915

The 1/5th Battalion landed on Gallipoli on 6 May 1915 with the 42nd (East Lancashire) Division. This photograph was taken after the battalion had participation in the unsuccessful Allied attempts to capture Krithia. By August the campaign at Cape Helles had bogged down.

One of five photographs of Harry Hopkins, The Manchester Regiment, 1900-1915.