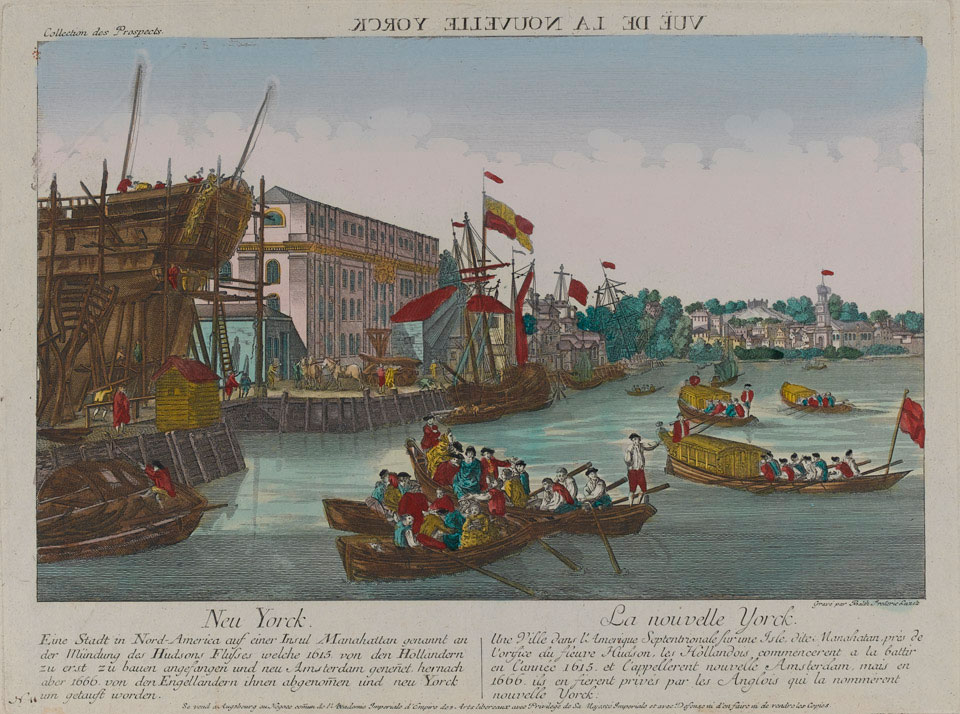 This French print depicts the busy New York City waterfront at the time of the American War of Independence (1775-1783). In 1776 New York was defended by American forces under the command of General George Washington. On 27 August 1776 British troops defeated the American forces defending Brooklyn Heights. Washington's Army, already suffering from desertion, was greatly demoralised by this defeat. Pressing home their advantage, on 15 September, the British landed about three miles above New York itself and occupied the town the same day. Washington succeeded in withdrawing most of his army intact.