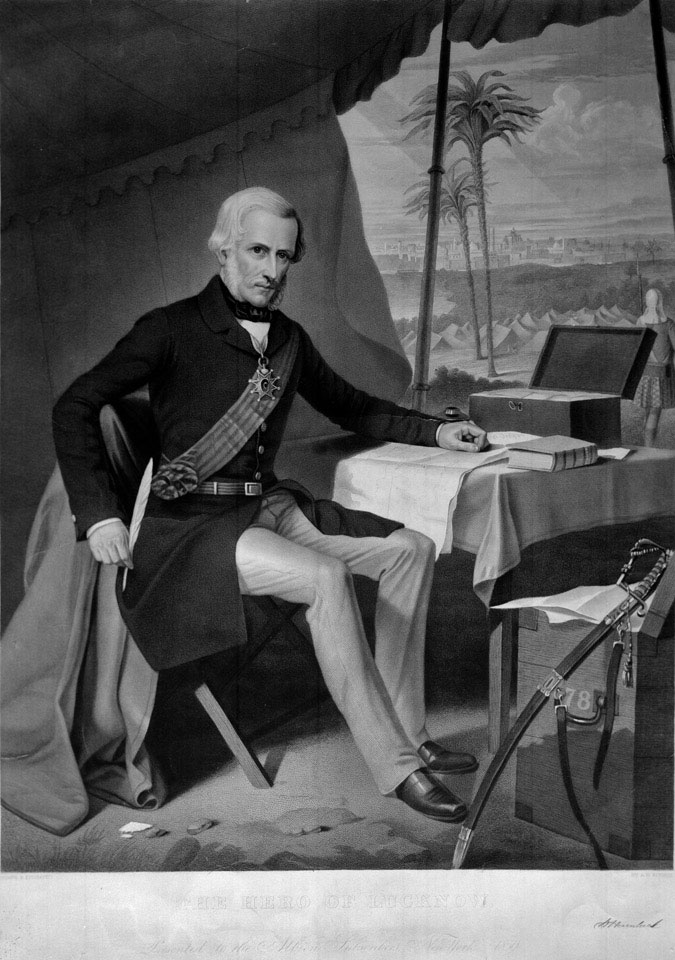 The Hero of Lucknow

Stipple engraving by A H Ritchie, published by Albion, 1859.

During the Indian Mutiny (1857-1859), General Sir Henry Havelock led the British force that reached Cawnpore on 17 July 1857 after advancing up the Grand Trunk Road from Allahabad. His 2,000 troops had marched 200 kilometres at the hottest time of the year, won four pitched battles, including the affairs at Fatehpur and Aherwa on 12 and 16 July, and captured 25 guns.

Havelock later left Cawnpore and headed northwards across Oudh, defeating several rebel armies and fighting his way into the Lucknow Residency compound on 26 September 1857. Major-General Sir James Outram, who by rights should have assumed command, accompanied him. Instead, Outram agreed to serve under Havelock's command. Their force was only sufficient to reinforce the garrison and the siege continued until Sir Colin Campbell's arrival in November. Havelock died of dysentery on 29 November 1857, a few days after the siege was lifted.