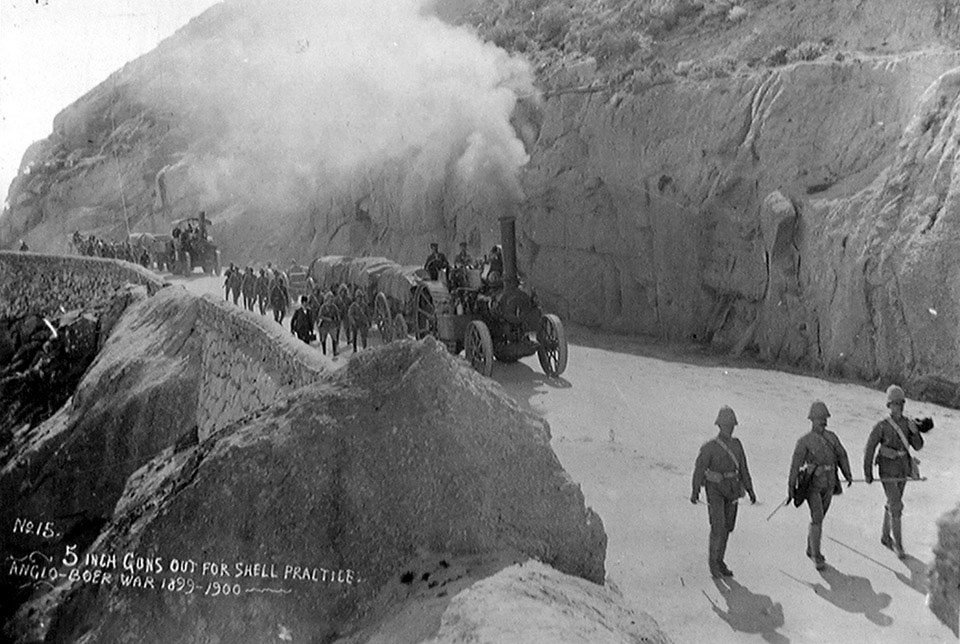 Several 5-inch breech loading naval guns were used during the South African conflict. Most were mounted old 40-pounder gun carriages and towed into position by traction engines. The gun itself could fire shrapnel and common shell.

From an album of 172 photographs collected by J L B Templar, Royal Army Service Corps.