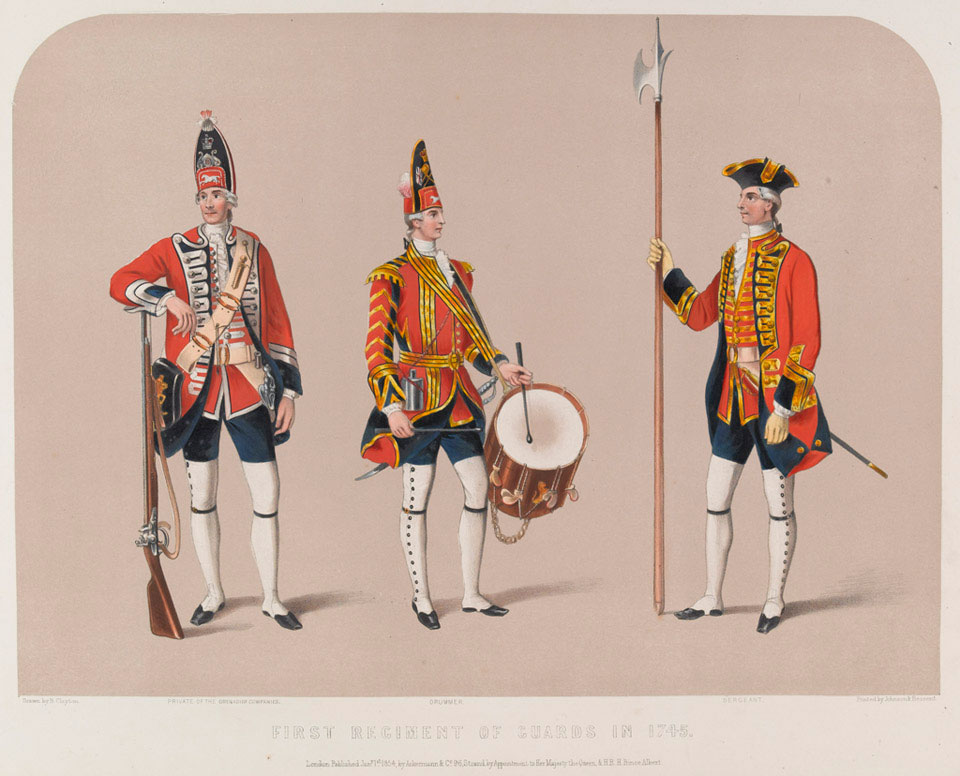 One of 12 coloured lithographs drawn by B Clayton, printed by Johnson and Bessent, published by R Ackermann, 1854.

This work shows a private of the centre companies, a drummer and a sergeant. The 1st Regiment of Foot Guards (renamed the Grenadier Guards in 1815), were raised in 1656 during King Charles II's exile. They were ranked first in the Order of Precedence. Although The Coldstream Guards were older, the Grenadiers had served the Crown for a longer period, so took precedence over the latter, who originated in Parliament's New Model Army.