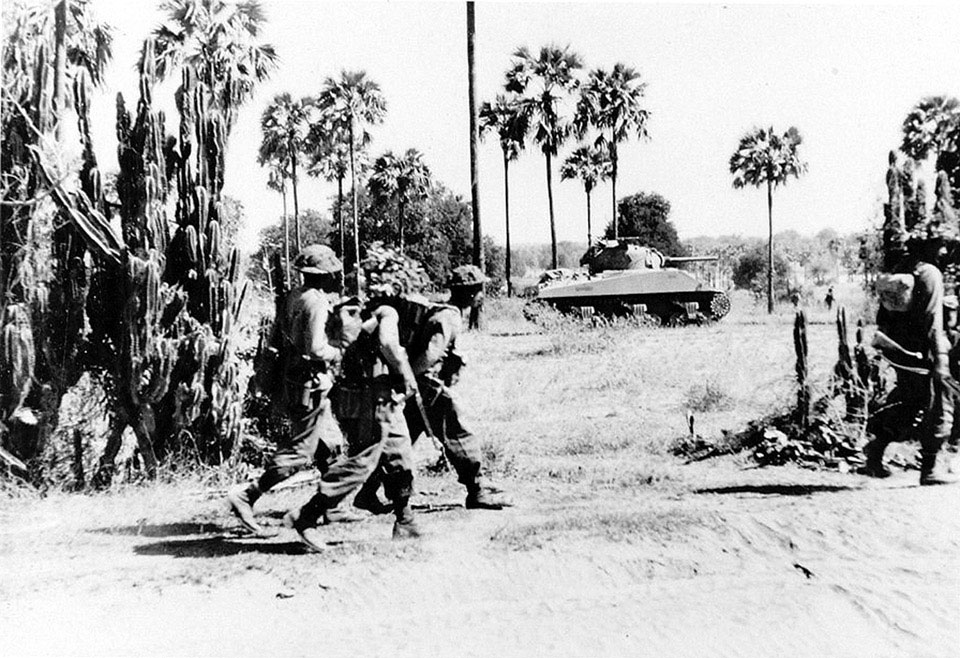 A Sherman tank of the 9th Royal Deccan Horse, advancing with Infantry, Burma, 1945

The 9th Royal Deccan Horse were part of 255th Indian Armoured Brigade and fought with the 17th Indian Infantry Division in Burma at the Battle of Meiktila, the Battle of Pokoku, the Irrawaddy River operations and the capture of Rangoon.