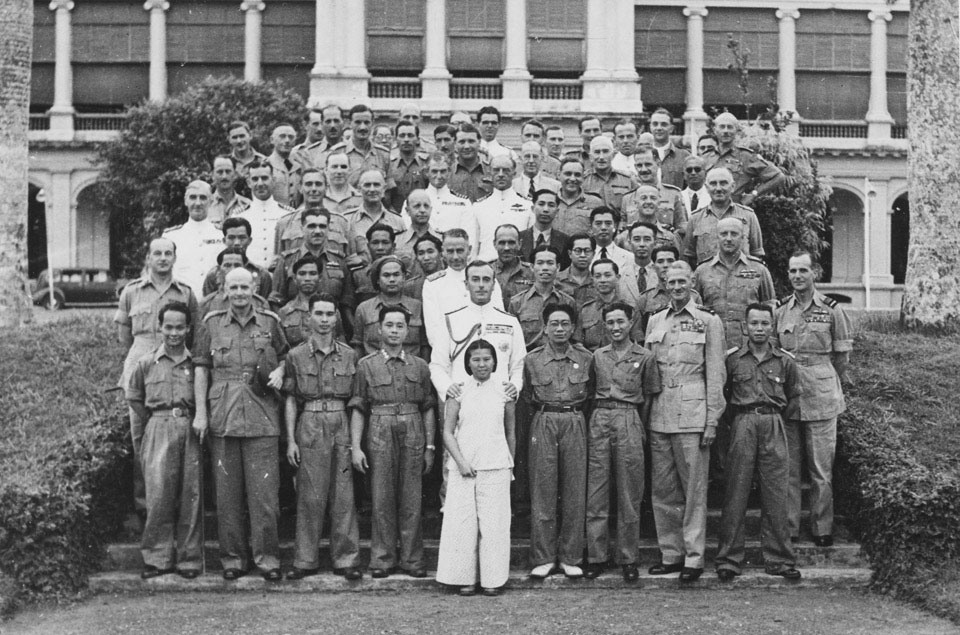 Force 136 was a multi-national resistance force organised by the Special Operations Executive (SOE) to resist Japanese occupation in the Far East. Its operations in Malaya involved close collaboration with the Malayan Peoples' Anti-Japanese Army (MPAJA). This organisation was dominated by Chinese members of the Malayan Communist party who went on to play a leading role in the Malayan Emergency (1948-1960). Disbanded in December 1945, the MPAJA was supposed to hand in all of its Allied-supplied weaponry to the British Military Administration, but much of it remained hidden and was used by the Communists in their subsequent guerilla campaign.