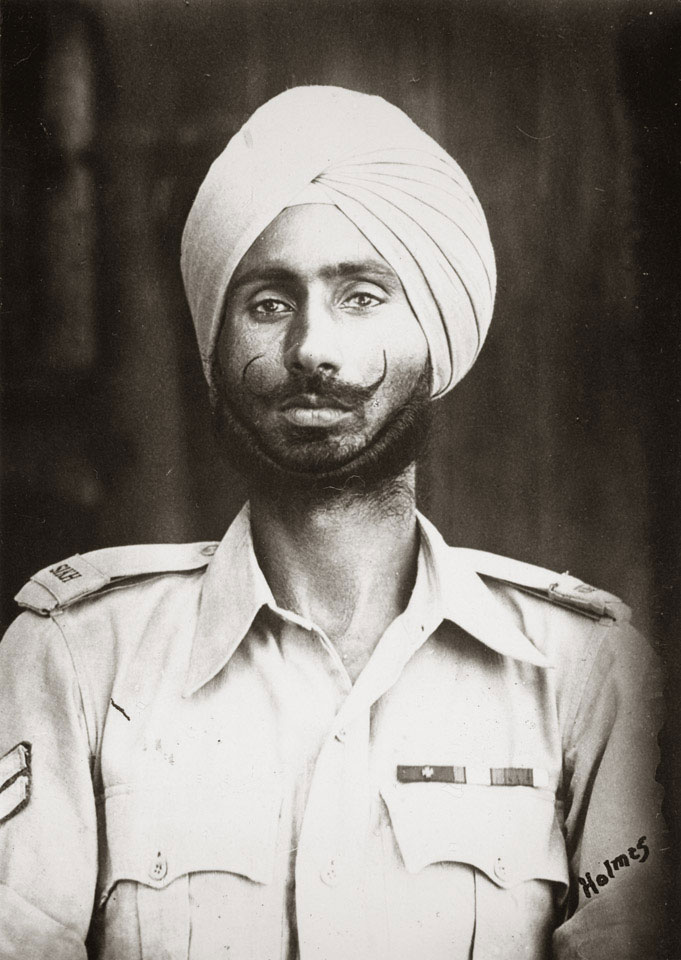 Naik Nand Singh (1914-1947) won the Victoria Cross (VC) on the Maungdaw-Buthidaung Road in Burma on 11-12 March 1944. Commanding a leading section of the attack, he 'was ordered to recapture a position gained by the enemy. He led his section up a very steep knife-edged ridge under very heavy machine-gun and rifle fire and although wounded in the thigh, captured the first trench. He then crawled forward alone and, wounded again in the face and shoulder, nevertheless captured the second and third trenches.'

Nand Singh rose to the rank of jemadar in the post-independence Indian Army. On 12 December 1947 he helped extricate his battalion from a Pakistani ambush in the hills south east of Uri in Kashmir. He was killed in this action and posthumously awarded the Maha Vir Chakra (MVC), the second-highest Indian decoration for battlefield gallantry.