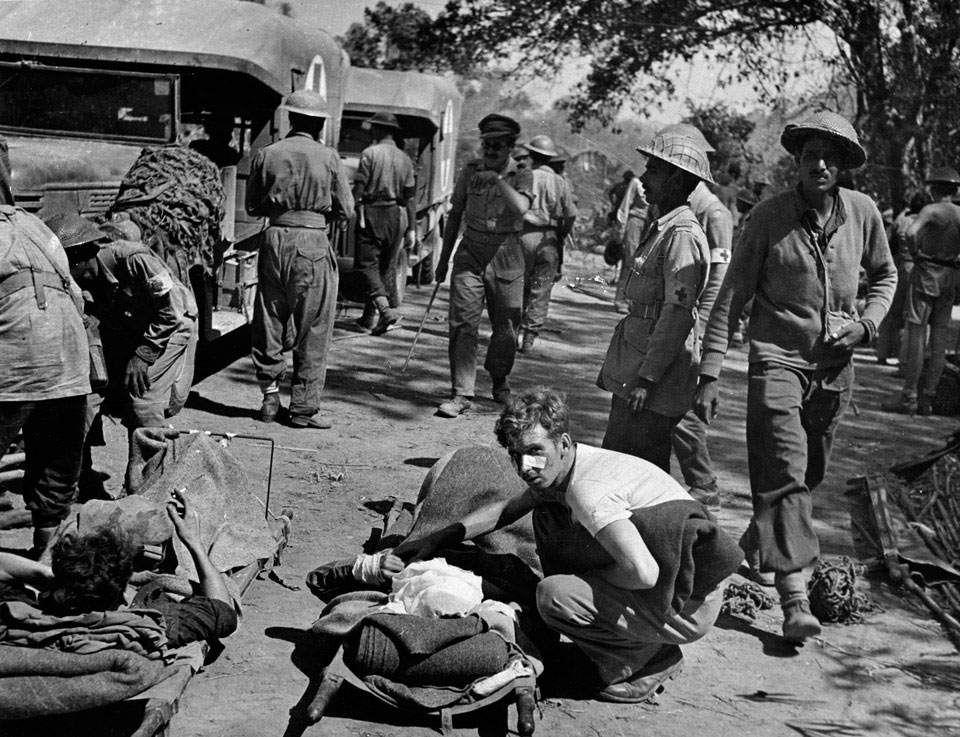 Indian medical orderlies assisting with the wounded from the Battle of the Admin Box, February 1944

The Battle of the Admin Box took place on the Southern Front of the Burma theatre in February 1944. The 5th and 7th Indian Divisions suffered over 7,900 casualties, but successfully resisted Japanese attacks for the first time in the campaign. In doing so they pioneered methods which would lead to further Allied victories over the following year.