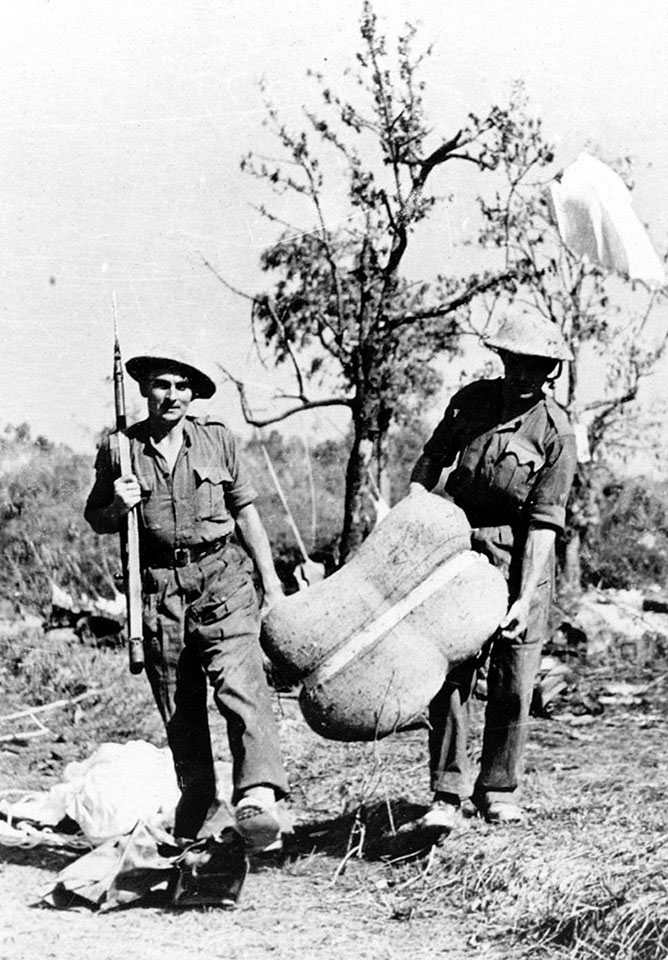 Most supplies were despatched using an 18-feet cotton parachute which could support a load of 180 lbs. Different colours of parachute were used to indicate the nature of the load to the troops making the recovery on the ground.