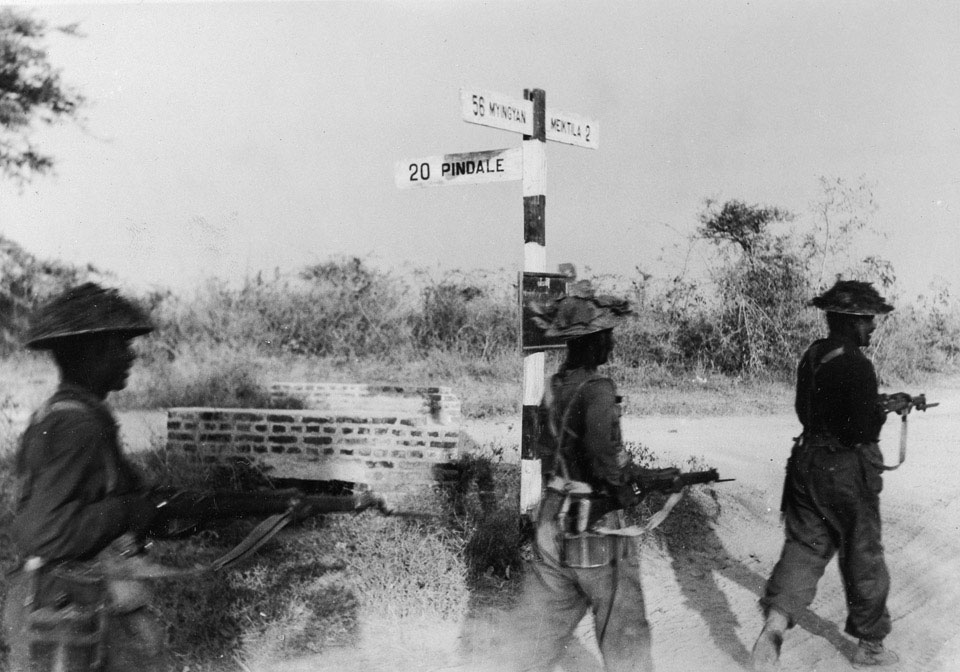 Indian infantrymen of IV Corps advancing towards the vital road and rail junction of Meiktila, south of Mandalay in the Irrawaddy Valley, 1945

This was the decisive battle in March 1945 which effectively ended Japanese hopes of maintaining their position in Central Burma.